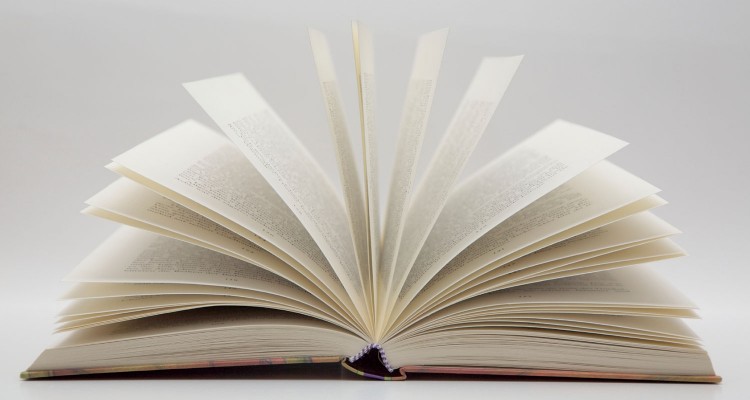 If you’re new to the sport and don't understand the terms used in disc golf, you've come to the right place. Here you can find the meanings behind many of the abbreviations and terms used by disc golfers around the World. If you can't find what you’re looking for, try out the search, or contact us!

Right Hand Backhand Throw – All INNOVA flight descriptions are based on players throwing right-handed with a back hand style.

The tendency of a disc to remain straight through most of the flight. Often times a desirable characteristic of a disc in windy situations.

The tendency of a disc to turn to the right during the high speed portion of the flight for a RHBH thrower. The faster the disc is thrown, the more it will turn, therefore an understable disc will turnover more upwind than downwind.

The tendency of a disc to turn to the left at high or low speeds for a RHBH thrower. Overstable discs are usually thrown by high power players and are not good for beginners.

An angle of release where the outside edge or left edge of the disc is tilted downward for a RHBH thrower.

An angle of release where the outside edge or left edge of the disc is tilted upward for a RHBH thrower.

A grip with the thumb on the flight plate, the fingers curled under the disc with one or more finger pads pressed against the rim and the back of the hand moves towards the target. There are many variations.

A grip where the palm is facing towards the target and the thumb is on the flight plate while the index and middle fingers are underneath the disc with one or both fingers pressed against the rim. There are many variations.

A grip in which the entire thumb, from base to thumb pad, is on the inside rim wall and all four fingers are on top of the disc. Used primarily for Thumber Rollers.

Any throw used to get out of a poor lie or tough situation.

A floating shot used for accuracy in tricky situations.

A throw where high speed is employed to go over, around or through obstacles.

An aggressive throw usually from the fairway to land in the basket rather than next to it.

A safe shot thrown to land next to the basket rather than into it.

A drive or very long approach shot from the fairway designed to advance closer to the target or land next to the target from a distance.

A throw where most of the distance comes from rolling the disc on the ground rather than flying through the air. Rollers can be done with a backhand grip, sidearm/forehand grip, thumber grip, hook thumb grip or scooby grip. Different grips produce different rolling patterns for different situations.

A roller that never turns on its back as most rollers do.

Any shot thrown vertically or with an overhead baseball throwing motion.

A vertical/overhead shot resembling the chop of a tomahawk. Discs are usually held with a two finger or hook thumb grip.

A throw using a backhand grip, hold the underside of the disc vertically next to your right ear and throw for a RHBH thrower.

A shot thrown high with an extreme hyzer angle to land vertically.

A Flex Shot is performed by throwing an overstable disc with an anhyzer angle of release down the left side of the fairway (for RHBH thrower). The disc travels from left to right then the overstability of the disc turns the disc back to the left. It is a very common shot that pros use.

A Hyzer Flip is very similar to an S-Shot but follows a straighter line. An understable disc is thrown very fast with a hyzer angle of release. The disc turns or “flips” up and brings its nose down in the process. This allows for a long straight glide.

Any throw from within 10 meters or less, as measured from the rear of the marker disc to the base of the hole is considered a putt. A player may not advance beyond the marker disc until disc is at rest and player has successfully demonstrated full control of balance.

A successful putt/throw that comes to rest suspended in the chains or at rest in the basket tray.

A putting position that resembles riding a horse. A player’s feet are generally spread shoulder width apart or farther and equidistant to the target.

A putt where the player pushes off the ground with the lead foot at the time of release. Generally performed when a player is more than 10 meters from the basket so they can move forward of the marker disc after release and not be penalized for performing a “falling putt”.

A follow though after a putt, within 10 meters of the target, where the player advances forward, past of the rear edge of the marker disc. If the player doesn’t demonstrate full control of balance before advancing toward the hole it will result in a stance violation. Players receive a warning for the first violation and all subsequent violations in the same round will incur a one stroke penalty, plus the player must re-throw from the lie.

Also known as a Bounce Back or Kick Out– A putt that hits the chains solidly on target and bounces out of the target instead of staying in the chains or dropping into the basket.

Blow-Through (Also known as a Cut-Through)

A putt that hits the chain assembly and proceeds to slip through all the chains and out the other side of the target and onto the ground.

An area of the target where a player can aim with confidence knowing the putt will stay in the chains or drop nicely into the basket. The Sweet Spot can be different depending on a player’s putting styles.

A grip/throwing style where the disc is held with the fingers on the back of the rim and “pushed” with enough spin to carry to the target. The disc is held above the player’s shoulder and is thrown much like a football. Generally used for putting over objects between the lie and the target.

A putt made after a missed putt that has gone beyond the basket.

A putt thrown under or next to the target rather than into the target in an effort to avoid potential extra strokes. Generally this strategy is employed in very windy conditions or for treacherous target positions.

A backhand putt that travels from right to left towards the target (RHBH). Can also refer to the angle of the release where the putter is tilted with the right side of the disc raised at an angle above the left side.

A putting style where the putter is thrown with the nose up or at an increased altitude to float into the chains.

A putt which uses speed to make the disc go straight. If this putt misses the basket it can cause a long come back putt. This type of putt is prone to blow-throughs and spit backs.

A disc which comes to rest on top of the basket. This does not count as “holing out” and the player must mark the lie and take another shot to complete the hole.

An unusually long roll away after a throw or putt. This poor luck seems to happen more often in tournaments than casual play.

The horrible sound a disc makes when it crashes into the side of the chain rack before falling to the ground.

A weak putt that has no chance to go in the basket, not to be confused with a lay up.

Professional Disc Golf Association is the worldwide official governing body of the sport of disc golf overseeing the official rules of play and sanctioning guidelines for tournaments. The PDGA also determines the technical standards for the equipment used in disc golf.

A sport which is played with two teams of seven players each and with one flying disc on a 110 meter playing field including two end zones. Points are scored when a team catches a disc thrown into the opposing team's end zone.

A rotational force about an axis that doesn’t go through the center of the disc in a direction perpendicular to the flight plate at the time of release resulting in a “wobbly” flight.
Share it !