It’s no secret that Ricky Wysocki is one of the best putters in disc golf. He proved it again at the 2019 PDGA Pro Worlds where, according to UDisc, he led the Circle 1 putting average with a 98.85% success rate making 86 of 87 putts throughout the five rounds.

Ricky wasn’t always a hot putter though, he says he used to “three putt all the time” as an amateur player until he got a piece of advice that ultimately led to his unique style that we know today.

I was doing this sling putt where I was basically turning to the basket and throwing it 100mph at the basket. I was an amateur and would three putt all the time at my local C-tiers.”

We met up with Ricky for a putting Pro Tip where he shares his keys to success and talks about his new Tour Series Pro Aviar. 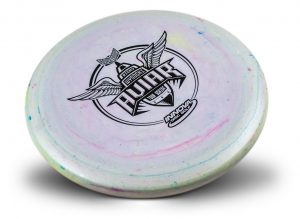 Fans can support Ricky’s tour effort with his other Tour Series disc offering, the Tour Series Pro Pig. To stay up to date with all things Ricky, visit his Sockibomb website and follow Ricky on Instagram.