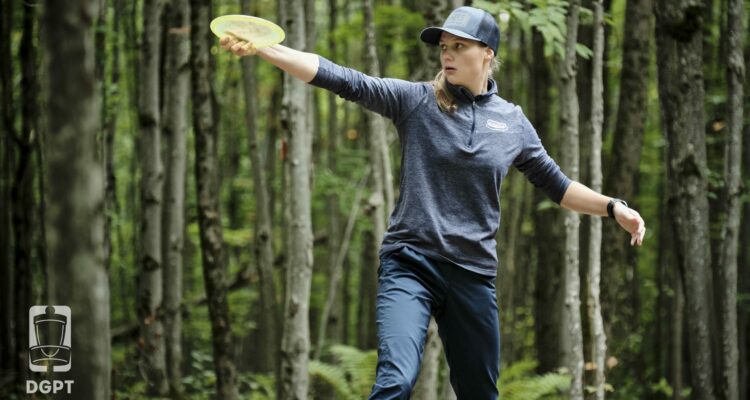 Last weekend’s 2022 Green Mountain Championships were the first DGPT event of the postseason. Team Innova had a strong FPO performance with five top ten finishes and two podiums. Henna Blomroos took 2nd place and was in contention for the win until the final day. Ohn Scoggins finished in 3rd. With only two events left in the year that count towards the Pro Tour standings, players were fighting to qualify or earn byes in the upcoming Pro Tour Championships. With our results at the GMC, many players on Team Innova moved themselves up into qualifying positions.

Last weekend’s GMC and next weekend’s MVP Open will both count for 125% of the points in the Pro Tour standings as a standard Elite Series event. Further, these final two tournaments are included in every player’s point total. That makes these two of the most important tournaments of the year. 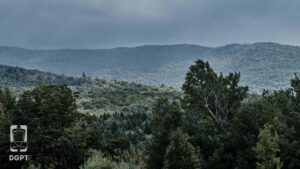 With her 2nd place finish at the GMC, Henna Blomroos moved herself nine spots up the DGPT leaderboard. She was previously not qualified for the Pro Tour Championships, but has moved well into position to qualify for the play-in event. If she can put together another good showing at the MVP Open, Henna could move into the top 14 of the point standings, automatically earning a spot in the Pro Tour Championships without having to play in. This past weekend, Henna Blomroos led the field in Strokes Gained Tee to Green, Parked percentage, Circle One and Two Hits in Regulation, and Scramble percentage. With stats like that, she should feel good about her chances at Maple Hill.

Ohn Scoggins took 3rd place at the GMC which moved her into the top 4 of the Pro Tour standings. If she can maintain that position through next weekend, Ohn will earn herself a bye to the semifinals of the Tour Championship. At the GMC, Ohn led the field in Circle One putting. For the season, Ohn has led the FPO and all of Team Innova in combined C1+C2 putting. As long as she can keep her putter as hot as it has been all year, Ohn is well-positioned to stay in the top four of the point standings.

Eveliina Salonen took 6th place at the 2022 Green Mountain Championship, moving her four spots up the Tour standings into the top 14. Eveliina was 2nd in Strokes Gained Tee to Green last weekend. Deann Carey finished in 8th place at the GMC and Holly Finley took 9th. Both players would need excellent results at Maple Hill to make the Tour Championships. For the MPO, Gregg Barsby finished in 7th place and led the field in Birdie percentage. As usual, Barsby sank multiple putts from outside C2 during the week. With that result, Barsby moved up nine spots in the into qualifying position for the Pro Tour Championships.

Next weekend’s MVP open is the last chance for players to earn precious points to move up the DGPT leaderboard. Maple Hill is a favorite tour stop for players and spectators alike. A challenging mix of tightly wooded fairways, water hazards, and bomber holes makes for the perfect venue to wrap up an amazing 2022 season. And just three weeks away is the 2022 USDGC, one of the most coveted titles in our sport. That will be your last chance this season to catch a Major event in person! Make sure to tune into the Disc Golf Network for coverage of the MVP open and check out usdgc.com to get your spectator passes for the 2022 United States Disc Golf Championship!