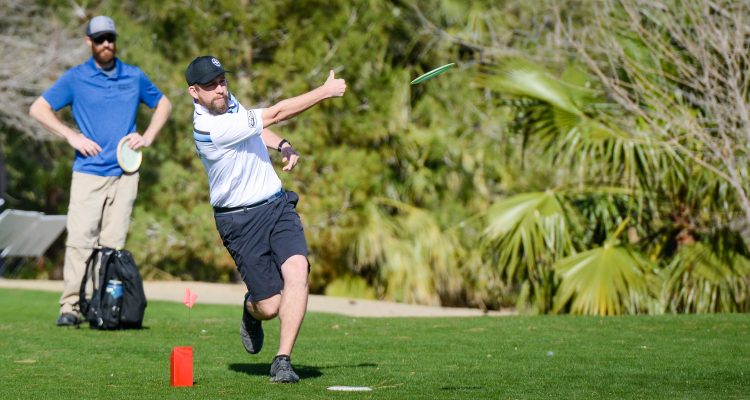 Forehand isn’t every golfer’s favorite shot. But you can’t avoid it forever, because some situations simply demand a forehand throw. And in many cases it’s the easier shot—once you’ve mastered the basics. So regardless of whether forehand is a small part of your game, or most of it, you need discs you can count on to pull it off.

Here’s our guide to the best Innova discs to throw forehand (also known as “a sidearm” and “a flick”). You’ll find recommendations for advanced players as well as beginners. We’ve also included tips from our experts on how to elevate your forehand game.

Beginner: Sidewinder. Before you try to unleash maximum power, get your bearings with this popular understable driver. “Learning how to control an understable disc is key to developing good sidearm form,” says 2010 World Champ Sarah Cunningham, who recommends the Sidewinder for newer players.

Advanced: Destroyer. However you throw this disc–forehand, backhand, chicken wing–it bombs. “It’s the most reliable forehand/backhand go-to distance driver in the game because it has enough stability to hold a long turnover, and it can still be trusted to fade back at the end, which can give it lots of distance. It’s also reliable in any sort of wind,” said Innova Star Team member Jeremy Koling, who is famous for his sidearm prowess.

2014 Amateur World Champ Jake LaPutka also packs one in his bag. “I can get major distance out of a Destroyer just like I do with my backhands. My biggest sidearm birdie was with a Destroyer around 465 feet,” said LaPutka (whose game is 60 percent sidearm).

Also consider: The Wraith, which is a favorite among forehand specialists like Sarah Cunningham and Koling.

Hot New Disc: Shryke. Put a little punch on this disc and watch it start out on a hyzer line and then flip straight, covering a lot of ground in the process.

Dave Dunipace, Innova co-founder and golf disc inventor, has the cure. “Off-axis torque makes the disc wobble, which is also known as out-of-plane snap,” says Dunipace. In order to fix it, “Try a quicker sharper snap with a tighter grip.”

Why the Leopard? “The built-in glide, for starters,” says Innova Ambassador Jerry Davis. “Also, you don’t have to have the greatest sidearm grip with it. You can hold it a bit loose like new people tend to do sometimes and still get a decent result,” says California-based Davis, who has taught countless disc golfers how to flick over the years.

Pro Tip: Sarah Cunningham (forehand is 80 percent of her game) “Unless I’m looking for distance off the tee, I usually stand still and try to focus on a clean and quick wrist snap where the palm of my hand is always facing up. That way, I don’t accidentally wrist roll my shot.”

Advanced: Firebird. Pros agree: Once you develop the snap, the Firebird is the one driver to have in your bag for flicks. “It’s the most consistent disc on the market,” says Innova Team Member Scott Withers (who throws forearm about 25 percent of the time). “If I put it on anhyzer, I know it’s gonna come back at the end. It gives us the opportunity to have a disc that we will always know what it will do.”

#PlayByPlay #NateSexton with the perfect sidearm drive to secure the birdie on the 18th. As Lizotte misses his birdie putt, Nate also takes home the 3rd place in the tournament! Find the live scoring at discgolfworldtour.com/live #DGWT #KonopisteOpen #DiscGolf #Round3 #hole18 #KonopisteOpen2017

Hyzer: For a right-handed forehand shot, the disc flight arcs to the right, which is useful for traveling around obstacles on your right side.

Anhyzer: For a right-handed forehand shot, the disc flight arcs to the left until it eventually fades back to the right. That’s ideal for longer drives and avoiding obstacles on the left side.

Beginner: Atlas. Straight flight is easier than you think with the Atlas, featuring Overmold technology , which fuses two different plastics together. “Technique is especially important for a sidearm throw, since many people have a tendency to roll their wrist. The Atlas possesses mellow flight characteristics that make it a little easier for beginners to see some positive results while fine tuning their form,” says Henry Childres, a seasoned pro and instructor.

Hot New Disc: Wombat3. Just when you think this disc is going to fade to the ground, it glides some more.

Advanced: Gator. Looking for a mid that fades back at the end? That’s the Gator. “The Champion Gator is my best sidearm midrange because it is very overstable, which allows me to trust it for touch hyzer flick shots that I want to land right beside the basket,” says Innova Star Team member Hannah Leatherman.

Quick Lesson: Use the Clock to Gauge Release Angles

Refer to these images as a guide. Your disc flight may vary depending on disc selection, wind conditions and more. Need a primer on shot types? Check out the Shot Glossary. Right-handed images shown. Mirror for lefties. Beginner: Aviar3 and Whale. Your putts will become noticeably shorter after packing these two approach discs in your bag. “The best disc will be a low-profile disc, or one that’s seriously torque-resistant,” says Dave Dunipace, Innova co-founder and disc inventor. “Combining that with a moderate amount of overstability (like the Aviar3 and Whale have) can help make up for throwing flaws present in newer players.”

Advanced: Rhyno. Once you’ve honed your technique, this disc will be one of the handiest tools in your toolbox. “The Rhyno is my all-purpose disc for so much stuff. It will hold the line you put it on. You could send it up to the basket 150 feet away with a nice touch and it will just land right there,” said Innova Team Member Robert Bainbridge (who throws forehand about 20 percent of the time).

***Also Consider: Pig. When you’re in the muck, look to your trusty Pig to pull you out. “I use the Blizzard Champion Pig a lot when I’m stuck on the left side of wooded fairways. It pans out of an anhyzer flick very nicely, allowing me to get distance from a tricky stance while staying in the fairway,” says Innova Team Member Jessica Hill (who throws forehand about 25 percent of the time).

There are all kinds of shots in disc golf. Get up to speed with our Shot Glossary.