What do you do when it’s cold outside, the daylight is gone, but you need to satisfy the craving to throw a disc? Maybe your local taproom or micro brew pub has the answer. 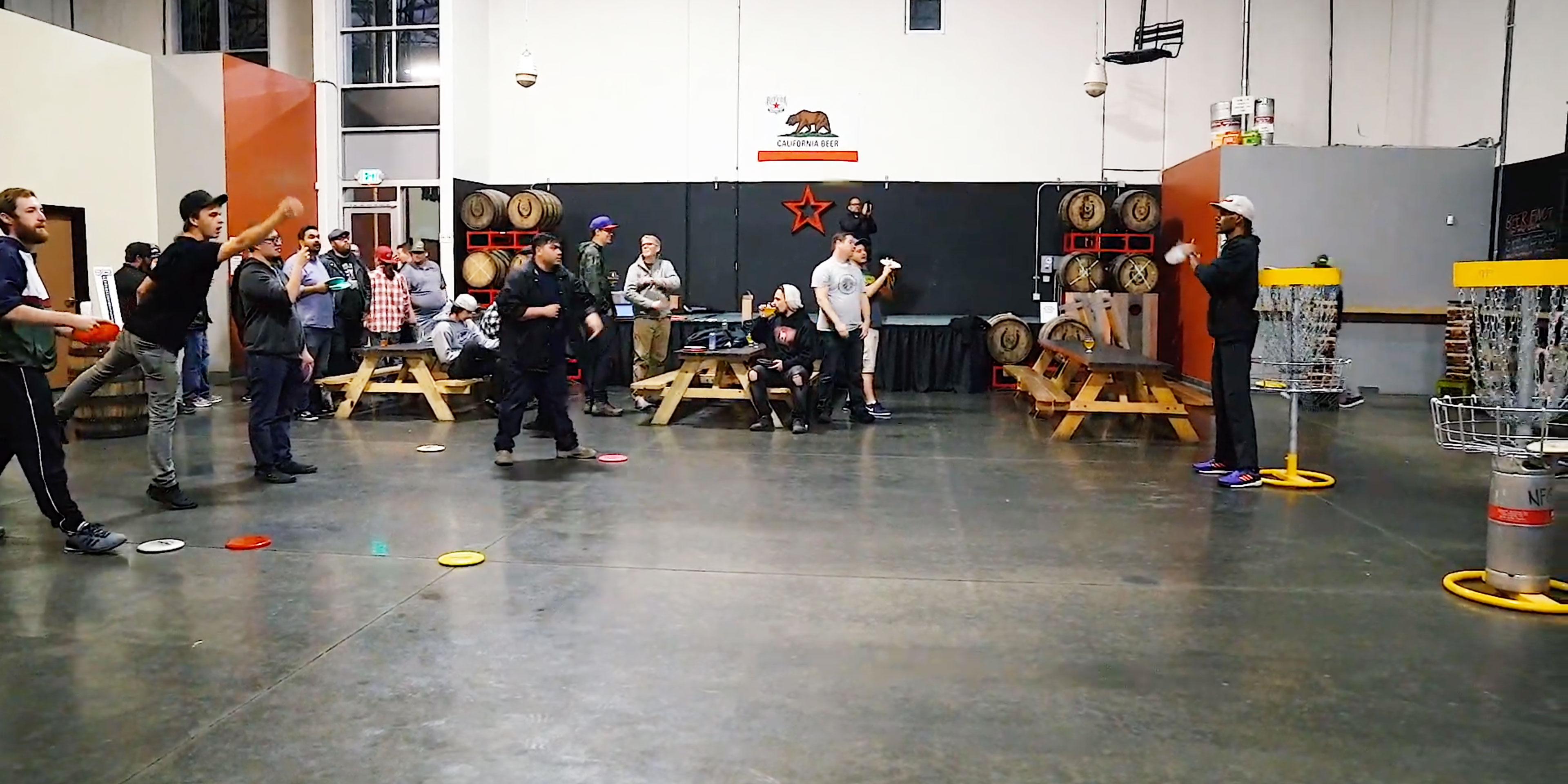 Ritual Brewing, a craft brewery in Redlands, CA, is known by local disc golfers for its 10-week putting leagues. Ritual’s Co-founder Steve Dunkerken sees disc golf as a win-win for disc golfers and the brewery.

Our vision for the Taproom is to make it a community space for people to gather and have a forum for cool stuff – much like the pubs of old served as the community center, government meeting hall, etc. Along these lines our taproom and brewery have hosted, local music, educational events, arts shows and classes, interactive exhibits, dog rescues, fundraisers for local organizations, game nights, cornhole tournaments, food tasting, coffee (latte art) competition, beer and food tastings, and many other things that just need a space – and now disc golf!

Enhancing the experience, disc golf pros have the opportunity to connect with players in a unique, relaxed setting. On January 17th, Team Innova’s Philo Brathwaite hosted a putting clinic at Ritual. A veteran instructor, Philo explains why the taproom is a special place for disc golf, “The benefits of having a venue like this are immense. As a teacher, having multiple baskets to observe players putt creates more opportunities to watch people and give instructions. The venue is open to the public, with more eyes on the game. I noticed patrons of the brewery were very curious and maybe itching to try their hand at putting. For the player, the level of razz going on has to help you focus on doing a routine.”

The magic of disc golf in the taproom isn’t sustainable without a connection to the local disc golf community. In Ritual’s case, Innova Ambassador and Yucaipa Disc Golf Club president, and Ritual Brewing Putting League director George Loepke leads the way. “Putting league enhances the Inland Empire disc golf scene in many ways. It gives players of all skill levels the opportunity to hone in there putting skills, gaining confidence with putts that normally would be intimidating. It’s also a great place to drink excellent beer & socialize with good friends.”

For Ritual, disc golf adds another layer of fun to the taproom. “Adding disc golf to the mix has been one of the coolest things we have done as it exposes our guests to something awesome and approachable in which they can participate. The putting league at the brewery makes the experience at Ritual truly unique. Great beer and disc golf are an amalgamation of fun!” Steve says.

So, drop by your local taproom. You might discover a new place to enjoy disc golf. Oh, if they haven’t discovered disc golf, maybe it’s time they get an introduction. ;)