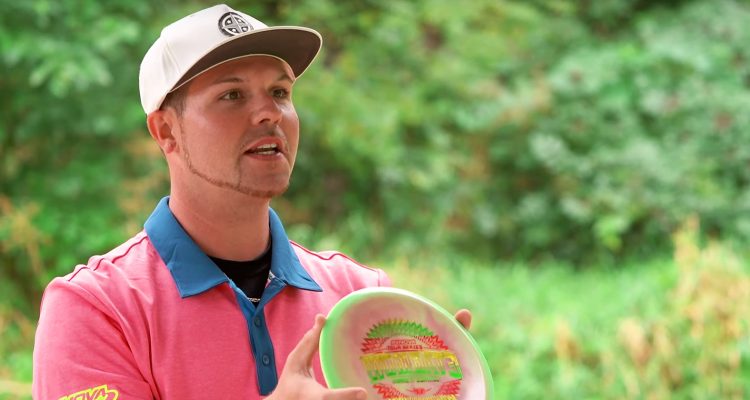 Team Innova’s Garrett Gurthie “Double G” has been on fire in 2019. He’s really made a statement with his play with victories at Masters Cup, CCR Open, and Silver Cup. He even won the title of Pro Worlds Long Drive Champion with a monstrous 618ft drive with a Star Katana.

Yeah, it was just last week, but we’re gonna #tbt to last Sunday when @garrettgurthie won the 2019 @pdga Long Drive title with his orange Star Katana, smashing it 618 feet, just ahead of teammate @thomasgilbert54 who finished at 606 feet. #discgolf #innovadiscs #teaminnova

Double G proved himself to be one of elite players of the game as he took the victory at Masters Cup, the second PDGA National Tour event in disc golf and arguably one of the most technical courses on tour, Delaveaga Golf Course. He won with a cushion of six strokes ahead of second place finisher Simon Lizotte.

The CCR Open was a prominent A-tier event with many of the best players on tour in attendance. In the final round, Garrett shot the hot round at -15, carding three eagles, and finishing at -37 to take the win two strokes ahead of second place finisher Paul McBeth.

His overall performance this season earned him a promotion from Team Champion up to the Star Team. This move created the opportunity for him to have a new Tour Series disc, one that is custom in both its artwork and the makeup of the disc itself. In this case, a Swirled Star Wombat3 with a bit more stiffness than the stock Star version.

Made for laser-straight throws, the Star Wombat3 will deliver birdie opportunities to @garrettgurthie at the Pro World Championships this week. #discgolf #innovadiscs #teaminnova

Fans can support Garrett’s tour effort through his Tour Series offerings, a Team Champion Sonic and a Star Team Wombat3. Follow Garrett on Instagram  to stay up to date on all things Double G.