2018 World Champion and Innova Star Team athlete, Gregg Barsby, battled against all odds for his World Championship victory in Jeffersonville, VT. We sat down with Barsby to look back on the busy year following his big victory with lots of traveling, competing, hosting Barsby Battles, promoting his Tour Series Eagle, recovering from injuries, and meeting new people! 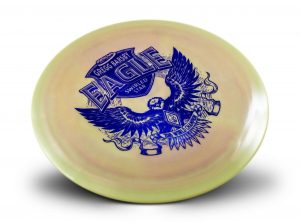 The video above is 20 minutes of Barsby telling it like he does. RAW, unfiltered, and genuine. His love for the game and interaction with his fans and all people is a reminder to why he is the called the “People’s Champ.”

If I can get into an area where there’s a crowd, I feel like maybe I can get a little more juju going you know, because I thrive off that and thats the fun part of the game…I come from the culture of the sport where it’s all love, thats why we’re all out here doing it.

Although Barsby was unable to capture a second World Championship in 2019, he left with the positive experience he was looking for.

Among many, this is probably the ultimate highlight for my 2019 Disc Golf World Championship experience!
I CARRIED THE FLAG!🇺🇸

Among many, this is probably the ultimate highlight for my 2019 Disc Golf World Championship experience! I CARRIED THE FLAG!🇺🇸 . It is a true honor to carry the flag of the United States on stage, and through our national anthem! . . “Real firmness is good for everything; strut is good for nothing”- Alexander Hamilton . . Thank you @pdga for this amazing opportunity, and @mattbellcity for taking this video! . . #represent #USA #honor #discgolf #discgolfworldchampionships #discgolfacrossamerica #californiagoldcountry #supportthetroops #thankyou #unitedstates

Visit his website and follow him on Instagram  to stay up to date on all things Barsby.
You can also support his touring efforts with his Tour Series Swirled Star Eagle.