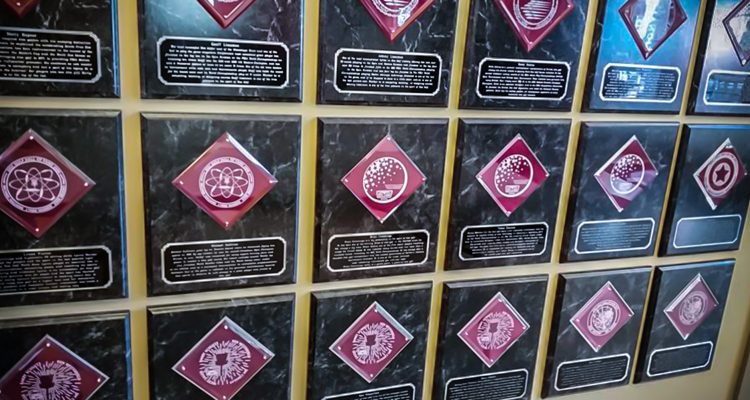 In 1993, Lavone Wolfe established the official Disc Golf Hall of Fame . Lavone’s vision was to create an award to be given annually, that would honor disc golf’s most influential players and promoters. Since then a wealth of deserving candidates has emerged from the ever-growing disc golf community. Hall of Fame inductees are judged to fit the following standards:

Tita Ugalde and Joe Mela have exceeded this criteria many times over. It brought us great joy to see their years of dedication and service recognized by inductions into the Disc Golf Hall of Fame at this year’s PDGA World Championships. With that induction also comes a promotion to Innova’s most distinguished sponsorship tier, the Innova Hall of Fame Team. The following descriptions appear on their Hall of Fame plaques, forever honoring their contributions: Since the pre-basket era, California pioneer Tita Ugalde has been an educator of all flying disc sports and one to elevate the games of others in disc golf. Tita owns countless disc golf championship wins that span the globe. Tita has launched and represented numerous disc programs and organizations locally and on the international level. She is a WFDF committee member and always an ambassador of fair play, goodwill, and competitive spirit. Tita’s friends and pupils will forever recount her patient instruction, quiet heroism, and loving personality. Joe “The Technician” Mela has made his mark in disc golf from the Mid-Atlantic region with his analytical approach and energetic performance. For his consummate professionalism Joe received the 1997 Bob West Memorial Sportsmanship Award. Mela’s hard work has led to World Championship wins as a Pro Master and Pro Grand Master. Joe shares game fundamentals with local kids at his highly rated Tyler State Disc Golf Course. Joe’s open enthusiasm for disc golf is precisely what attracts others to our sport.

Innova Hall of Fame Team members are listed below by the year of their induction. The impact that these men and women have had on disc golf is beyond measure. We are grateful for their service and to have them in the Innova family.

Please take a moment to view the entire list of DG Hall of Fame members . Without them, disc golf would certainly not be where it is today.