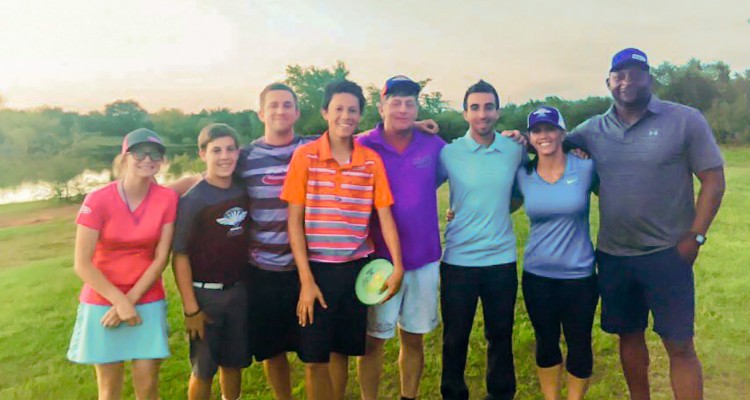 Congratulations to all of our team members in action this past weekend. Paul McBeth stayed close to home and competed in the 37th Annual Norman Pro/Am in Norman, OK. Paul opened the tournament with consecutive rounds of 45 to take a commanding lead on day one. McBeth backed that up with solid golf on Sunday as well, rolling to a 9-shot win. Nate Sexton finished in second. In Open Women it was Jennifer Allen who put on the dominant performance. Jennifer was down 1 heading into Sunday and then lit it up with back-to-back rounds of 62. She would go on to an even larger margin of victory, winning by 11.

Team Innova also had a strong showing in Portland at the Rose City Open. Kyle Crabtree (Open), Melodie Bailey (Open Women), and Junior Team member Madison Rogers (Rec Women) all took home top honors in their respective divisions. For Kyle is was his second straight win at this event, which always boasts a pretty stout field. Dustin Keegan finished in a tie for 3rd in the Open, and Lacey Brugler finished right behind Madison nabbing 2nd place.

Jessica Weese (Open Women) and Jim Oates (Grandmasters) were victorious at the 2015 Turtle Rock Pro/Am in Markeeville, CA. Jessica successfully defended her title as Turtle Rock Champion. She was the event’s winner in 2014 as well.

Finally, we would like to congratulate everyone who participated in the 2015 Am World Doubles Championship. Everyone had a great time in Texas despite soggy and challenging conditions for most of the weekend. Kudos to Jay and Des Reading, as well as Joe Rotan and Danielle Vargas for their efforts to make the event the best it could be.

Other top performances from this weekend: