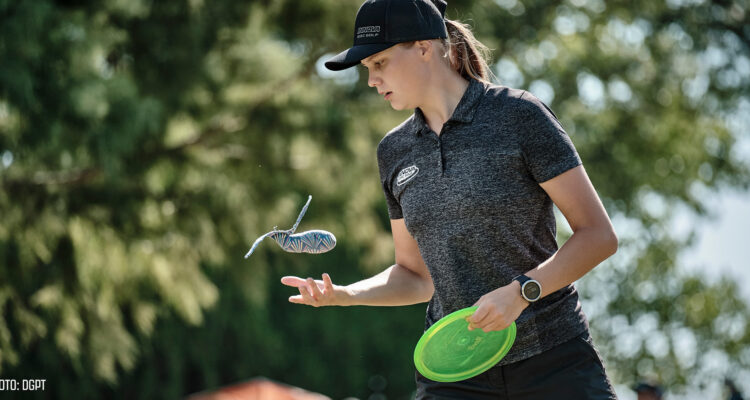 The top disc golfers from across the globe competed last week in the 2022 Professional Disc Golf World Championships. With such high level competition playing out in front of such a large and lively crowd, the event was as captivating as anticipated. Team Innova had athletes in both divisions in the hunt until the very end. We had four MPO players and five FPO players finish in the top 10. Henna Blomroos took 2nd place in FPO! With the conclusion of Worlds, the 2022 Pro Tour post-season has begun. Players only have two more Elite Series events and one Major, USDGC, to add themselves to the list of 2022 Pro Tour event winners and to qualify for the Tour Championships in mid-October. Team Innova’s athletes are determined to keep our amazing season going at these last tournaments of the year.

The 2022 Professional Disc Golf World Championships had a record-setting purse of $200,000, a number that would have been inconceivable in our sport just a few short years ago. Over 2,000 spectators bought passes for the final day to watch the crowning of our new World Champions in person. This substantial payout and crowd size prove how much the sport of disc golf is progressing. 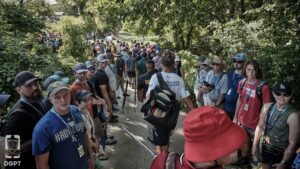 On the MPO side for Team Innova, Calvin Heimburg, Anthony Barela, Joel Freeman, and Nate Sexton handled the Emporia courses best, all placing in the top 10 for the tournament. Calvin Heimburg stayed in contention for the win all week, making the final-day lead card. Calvin placed 6th for the event overall and led the field in Parked percentage. Calvin has won two Elite Series events already this season and has been in the mix of every Major. He will be a favorite going into the final tournaments of the year.

Anthony Barela had a breakout performance at this year’s Worlds. He led the field in Strokes Gained Tee to Green and Circle One Hits in regulation. The young player has always been known for his unrivaled distance, but not necessarily his consistency. Now, placing in a tie for 7th at the World Championship, AB is proving that he is more than just a big arm; he has the mental game and all-around abilities to compete on the top stage against the best in the world. 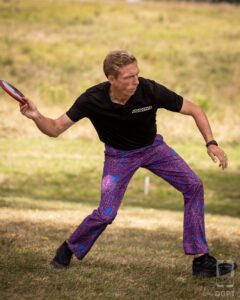 Joel Freeman also finished in a tie for 7th place. He shot a hot final round at -9, making 100% of his inside the circle putts, and moving five spots up the leaderboard to secure a top 10 finish. Out of five starts, this is Joel Freeman’s best result at a World Championship yet. Team Captain, Nate Sexton, finished in a tie for 9th. This is Sexton’s third consecutive World Championship with a top 10 result. Nate is known to be one of the most consistent players in the sport and his ability to dig deep at Major tournaments shows why.

For the FPO, Henna Blomroos, Eveliina Salonen, Ohn Scoggins, Kat Mertsch, and Hailey King all charged their way into the top 10. Henna Blomroos played an unbelievable week of disc golf, leading the field in Strokes Gained Tee to Green, Parked percentage, Circle One Hits in regulation, and Circle Two Hits in regulation. All that amazing throwing earned Henna a 2nd place result. In her only other World Championship appearance in 2019, she finished in 4th. Henna is establishing herself as the type of player who brings her best when the stakes are highest.

Eveliina Salonen ended the week in a tie for 5th place. She led the field in Fairway Hit percentage from the first round through the last. One of the best throwers in the FPO, Eveliina leads the field for the season in Fairway Hits, Circle One Hits in regulation, and Circle Two Hits in regulation. She will be a player to watch in the final few events of 2022. Ohn Scoggins took 7th place and led the event in Strokes Gained Putting. Ohn not only leads the FPO for the season in putting percentage, but has the best combined C1+C2 putting statistic of any player on Team Innova, male or female. Ohn fought her way through a mid-tournament injury and managed to pull together an incredible finish. 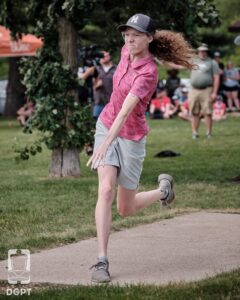 Kat Mertsch took 8th place for the event and was 2nd in the field in birdie percentage at 48%. She shot an impressive 996-rated, -8 final round to clinch her position in the top 10. Kat is one of the most promising, young players on Team Innova. With her raw talent, combined with her fiery passion for the game, Kat Mertsch has big wins in her future. Hailey King also shot a great final round at -7 with 11 birdies. She finished the week in a tie for 9th place and was 2nd in the field in Fairway Hit percentage. Hailey won the 2022 USWDGC and with her strong result at this year’s Worlds, it is clear that Hailey will be in the conversation for all Major titles in FPO for the foreseeable future.

The 2022 Professional Disc Golf World Championships was a record-setting event. Kristan Tattar’s win was the first time a European won a World title since 2004 and was the largest stroke margin of victory at a Worlds since 2009. Paul McBeth now takes his place as the player with the second most Open World titles of all time in either division.

In addition, this was the best-covered tournament in the history of the sport, with live coverage from the Disc Golf Network daily, as well as post-produced coverage of the top four cards in each division, and fixed camera crews on Holes 16 and 18 of the Country Club. The proliferation of disc golf media in recent years exemplifies and advances the growth of our sport.

With only two Elite Series events and one Major left this season, Team Innova is making a final push to round out a spectacular year. The 2022 USDGC, from October 6-9 in Rock Hill, South Carolina, will be players’ last chance this season to take a Major title and viewers’ last chance to experience the excitement of a Major event in person. Don’t miss it!