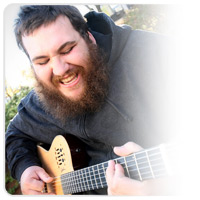 Recognizing that the synergy between the sport and the music already existed, promoter Tony Scavone sought to carve a niche for his event in the busy Northeastern festival season circuit by including the sport as a focal point of the festivities. Getting Deputy and the PDGA recognition that came with him has raised the bar for Disc Jam 2011, and will likely attract a number of people who are coming for the sport, not just the music.

Deputy, for his part, is there for both. He will be performing a long set of music on Sunday after the tourney, and says

I am really psyched to play music, of course, but for me this as more of a disc golf event. I look forward to hosting another tournament, turning others on to the sport, and using disc golf to enhance the concert goer’s experience.

8.12.13Need a Miracle? We have 4 of them for you!Our friends at Interlocken were kind...More