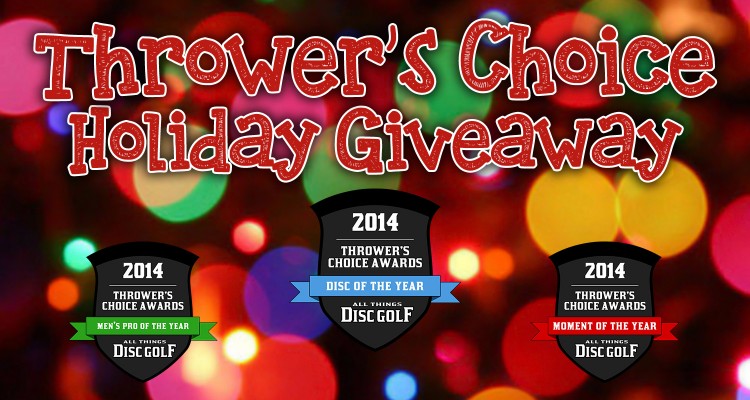 Disc of the Year: Thunderbird

We’re having a holiday giveaway to celebrate the Thunderbird winning Disc of the Year in All Things Disc Golf’s Thrower’s Choice Awards! The Thunderbird led from day one and finished with 23.29% of the votes. UPDATE: Winners picked! Disc of the Year

The Thunderbird has the stability of a TeeBird with the speed of a Valkyrie; it can be described as a seasoned Firebird with less fade. The Thunderbird is predictable in wind and a great long range placement driver. If you want to know more about the Thunderbird, check out the full review from All Things Disc Golf! Men’s Player of the Year

Paul McBeth won Men’s Player of the year which is no surprise given Paul won his third World Championship in a row. A feat only accomplished by only one man previously, Ken “The Champ” Climo. Beyond that, McB3AST racked up 15 MPO wins, including the Memorial Championship, Masters Cup, KC Wide Open, European Masters, Brent Hambrick Memorial, Veterans Park Open, Cactus Classic and NT Points Champion.

Moment of the Year

It’s also fitting that the Moment of the Year goes to Paul’s epic 6 stroke comeback to win his third World title.

Five (5) lucky fans will each win (1) Thunderbird, autographed by Paul McBeth, as well as (1) GStar F2 Thunderbird from the Innova Factory Store. For your chance to win, use the widget below with your favorite social network (or all three) to enter. Entry into the contest ends on 1/4/2015 at 11:59pm Pacific Time. This post will be updated with the winners on the morning of 1/5/2015. Good Luck Everyone!

These models have already been released! Contact your favorite retailer for local availability.

Congratulations to our winners!