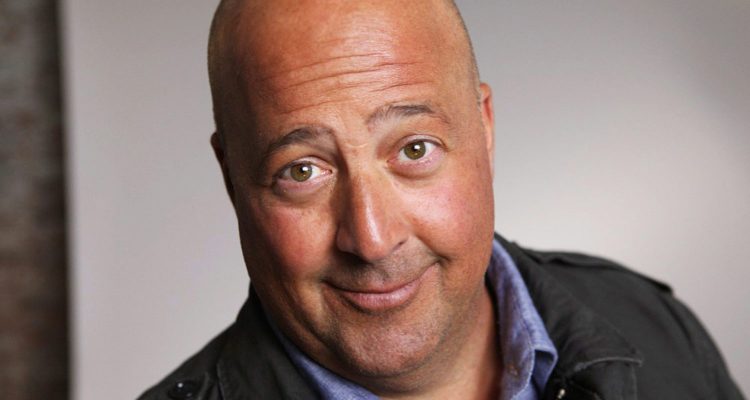 Photo: Courtesy of The Travel Channel

Earlier this year Innova began discussions with world renowned chef, Andrew Zimmern. You probably know Andrew best from one of his most popular television shows, Bizarre Foods with Andrew Zimmern that airs on the Travel Channel. We were immediately fascinated by Andrew’s numerous endeavors and that despite an extremely hectic schedule that he continues to make playing disc golf a priority.

As you might expect, anyone as successful as Zimmern has an abundance of energy and determination. We found ourselves inspired by his enthusiasm for disc golf, his ideas on how to bring disc golf to the masses, and for life in general. It was an immediate and obvious move for us to invite Andrew to join the Innova family, specifically to serve as an Innova Celebrity Ambassador.

Fortunately for us, Andrew accepted. Our initial discussions centered on the variety of ways we could work together. Like a well-organized spice cabinet, the options and combinations of things are limitless. Our challenge was at first, to pare down those options to things that will best serve the game, those who already play, and the tens of thousands of new players we will introduce to this wonderful game.

Andrew has a particular interest in festivals that promote disc golf, as well as healthy lifestyle choices for people of all ages. Disc golf is a fun and extremely affordable way to get people outdoors. It gets people moving. And for the vast majority of those who try disc golf, they find themselves wanting to play every day. Combine all of that exercise with wise (and delicious!) eating habits and you have a solid recipe for success.

With each of our athletes and ambassadors, the first order of business is to establish a good relationship. We believe getting to know each other’s goals, dreams, and desires are essential to creating an effective partnership. Here we share one of our more recent discussions with Andrew, so that you may get to know him a little better as well. Enjoy…

When and where did you first discover disc golf?

I grew up with Wham-O Frisbees…In the early 70’s my pals and I joined Peter Bloom’s New York Flying Disc Institute and got into freestyle throw and catch. In college I played ultimate a little and then work and other things interfered and it all went away. I moved to Minnesota in January of 1992 and that summer my friends who had moved there a few years earlier took me out. I bought some discs, all Innova as it turned out… original old school hard plastic…. Raven driver, you get the picture. I played a few times a summer for about 20 years and over the last 5 have become obsessed, and its become part of my current spiritual and mental health stability program. I’m overworked and over hassled, I have a complex life and I suffer from a slew of mental health issues including anxiety. Playing games is my yoga. I focus better, feel better breaking a sweat and I even play a ‘speed’ version of the sport sort of like olympic Biathalon. I jog hole to hole and down the fairway and take less time between throws. Its an amazing and fun way to play when I just run from the office in the middle of the day to throw.

Do you remember the first golf disc you threw?

I’m sure it was one of my Roc/Eagle/Cheetah/Leopard drivers. I still have most of them.

What are some of your favorite discs today?

Colossus, Valkyrie. TeeDevil and Tern off the tee boxes on longer holes, love my Rhyno which I just picked up last month, Kite/Stingray/Roc3/Shark3 for mid range and fairway and for shorter holes… How many courses have you played? And what are some of standout courses in your mind?

Balboa State Park has one of my favorite holes where you have to go over the trees no matter what. Bryant Lake Park in MN is my home course. I’ve probably hit about 15 courses in MN and a handful when traveling.
I need to play Jarva badly. I just got back from Stockholm for work and couldn’t squeeze it in. killed me.
I like Golden Gate Park… I need to head to Georgia to play the IDGC courses in Appling.
Of course I want to play Flip City, Shelton Springs, Whistler’s Bend and a dozen others because I’ve heard so much about them. I’ve played the Grange courses in Virginia and liked it a lot.
Im a fan of elevations, and I don’t appreciate single environment courses. Give me a mix of trees, broad fairways, water…I want to use every disc in my bag, the fewer discs I need to use on a course tells me there aren’t enough variations in design that reward a range of shot making skills.

What is it about disc golf that keeps you coming back for more?

The competition within myself to get better, and the fact that it’s the best way to play outdoors for an old man like me. The interface with a natural environment is peaceful, and that’s why I prefer very well maintained and well thought out courses.

How often do you get to play with such a busy schedule?

Summer? Every other day. Spring and fall twice a month because I travel too much and winters almost never. Sad just thinking about that.

Disc golf continues to be one of the world’s fastest growing outdoor activities. How do you envision the game/courses/community/exposure evolving over the next ten years?

I think the game will evolve and teaching and coaching becomes the next big step we need to get new layers feeling more successful earlier in their evolution. I am hoping to begin to create festivals and events around the sport and I am hoping that as pay-to-play courses develop popularity we see some real design improvements in American courses.

If you could snap your fingers and change one thing about disc golf, what would it be?

My back hand drive.