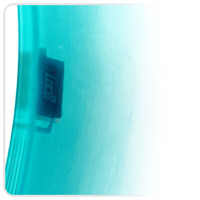 Where the BEEP is my disc?!

Sometimes, knowing the location isn’t enough. Discs can blend right in with their surroundings and are near impossible to spot with the naked eye. That’s why we’ve also included a beeping feature for those discs with ninja hiding skills. If you’ve tracked your disc to a general location but still can’t find it, tap the menu key and enable the beeping feature to find your disc with ease.

We’ve sent out some prototypes to a testing group to gather feedback. Initial feedback received is phenomenal.

The Innova LOC8™ system is a really great concept for everyone except me.
– Paul McBeth

When I first heard about the LOC8™ system, I thought it was a joke. It’s crazy easy! And it allows me to play without having to focus on where my disc goes. I can now concentrate completely on my competitor’s shots to make sure they don’t advance their lies. It’s a brutal, competitive jungle out there!
–Jay “Yeti” Reading, World Putting Champion

I play in some pretty thick woods and I’m known to spray shots…I mean multiple times per hole. It’s been so bad that so called “friends” would skip holes to avoid me. The LOC8™ keeps the Whitster on the course and in the group! Sign me up!
– Whit Cooper, Connecticut Innova LOC8™ is in the final production phase and will begin shipping to authorized Innova retailers next week! Debut models include the Tern, Destroyer, Boss and Katana. Initially we’ll be concentrating on high speed drivers for the LOC8™ release. More models coming out soon!

As many of you have guessed, LOC8™ was our April Fools prank this year. We hope everyone had a good laugh with us.

We are pleased to announce that Innova Discs has a new partner and a new...More