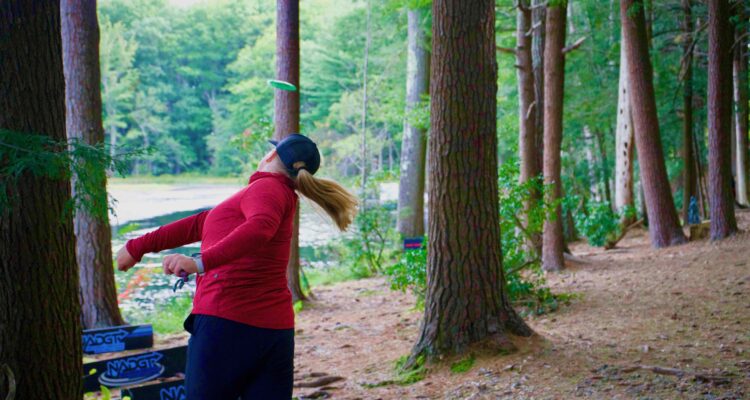 Last weekend’s 2022 MVP Open has brought this year’s Disc Golf Pro Tour season to a close. The players were pushed to their limits through delays and cancellations, wind and rain, and one of the most challenging courses on tour. Despite the harsh conditions, the event had a huge, amped-up crowd and athletes excited to play at one of their favorite Tour stops, Maple Hill. Team Innova had a great FPO performance, with four players finishing in the top 10.

After the final round of the weekend, the players with the most points from the 2022 DGPT season were announced; Team Innova’s Ohn Scoggins took 4th place in point totals for the year and earned herself a bye to the semi-finals of the Pro Tour Championship. Calvin Heimburg took 3rd place, also earning himself a bye in the MPO division. 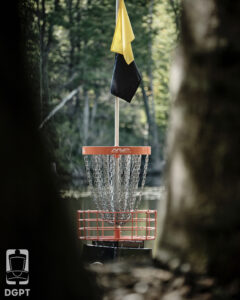 Maple Hill offers more variety in shot shape and terrain than any other course on tour. Daunting water hazards, highly-technical wooded fairways, rolling fields for unleashing, and the occasional Christmas tree blocking your lie test every skill a disc golfer should have. It is one of the most challenging courses on tour in any conditions; add wind and rain, and the round becomes more about damage control than scoring.

Four FPO players on Team Innova managed to handle the conditions and secure top 10 finishes. Deann Carey had a breakthrough performance, tying for 4th place. This is Deann’s best career result at an A-tier event or higher and she made it happen at one of the most important tournaments of the year. She played smart, consistent golf, avoiding big numbers and seizing opportunities where they were presented. Congratulations to Deann on her outstanding play all weekend.

Ohn Scoggins and Eveliina Salonen finished in a tie for 6th place. Both players were positioned to finish out of the top 10 through the first three rounds, but shot unbelievable five unders on the last day to rocket up the leaderboard. Ohn Scoggins was 2nd in the field in C2 putting. Eveliina Salonen was unstoppable off the tee, leading the field in Strokes Gained Tee to Green, Fairway Hits, Parked Percentage, and C1 and C2 hits in Regulation.

Henna Blomroos took 9th place at the event. She was 2nd in the field for C1 Hits in Regulation. For the MPO, Joel Freeman and Bradley Williams tied for 11th place. Both players shot incredible rounds on the final day. Joel Freeman shot an 8 down and did not miss a putt from inside the circle in the last round. Bradley Williams shot a -7, punctuated by a massive, 115 foot throw-in on hole 18 in front of a roaring crowd. 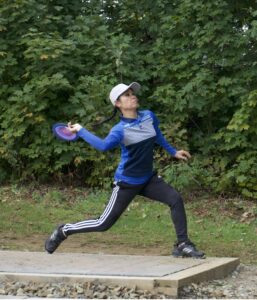 As the closing event of the DGPT season, last weekend’s MVP Open finalized the results for the 2022 Pro Tour Stats and Standings. Ohn Scoggins finished in 4th place in point totals for the year, earning a podium spot at six of her last nine Elite Series or Major events. Without her amazing -5 final round at Maple Hill, Ohn would have just missed the cut to earn a bye to the semi-finals of the Pro Tour Championship. She handily led the FPO division in C1 and C2 putting for the 2022 season and in fact led all of Team Innova, FPO and MPO, in combined putting percentages for the year. She also led the field in Scramble percentage for the season. Ohn Scoggins had a truly sensational 2022 and will be a major contender for the Tour Championship title.

Calvin Heimburg finished the year in 3rd place in DGPT point totals. Calvin won two Elite Series events, as well as earning podium finishes at four other Elite Series or Majors. In the process, Calvin got 534 birdies and 9 eagles this DGPT season. 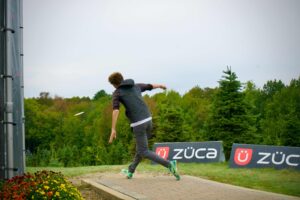 Joel Freeman finished in 7th place for the year, earning a bye to the semi-finals of the Tour Championship. His win at the Butler County Classic was Joel’s first Pro Tour victory. Eveliina Salonen had a fantastic year, leading the field for the season in Fairway Hit percentage, and C1 and C2 Hits in Regulation. Henna Blomroos led the field for the season in Parked percentage. And 5x World Champion, Juliana Korver, had the lowest OB rate of any FPO player on tour.

With the DGPT season behind them, players are now focused on the 2022 United States Disc Golf Championship, the final Major of the year, and the Throw Pink Women’s Disc Golf Championship. The events will take place on October 6-9 in Rock Hill, South Carolina, but many players have already made their way south to start practicing. The 2022 USDGC is shaping up to be one of the best-spectated, most-competitive, and most fun-to-attend tournaments in disc golf history. Coming off such a successful 2022 season, Team Innova is making one last push to take home another Major title.