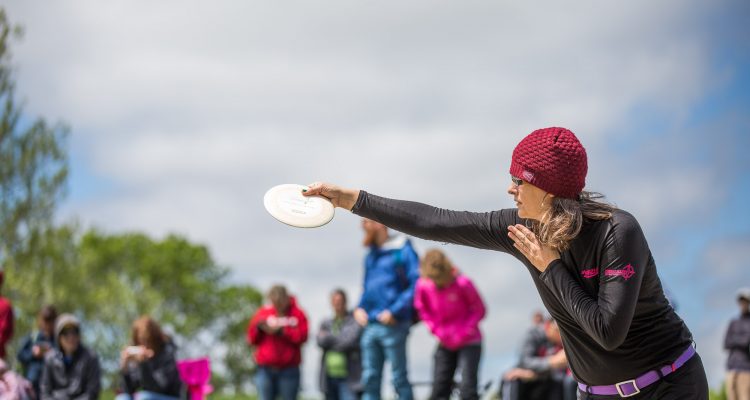 On October 14th, Des Reading was inducted into the Disc Golf Hall of Fame. The milestone symbolizes a career that, when you look at the numbers, is astonishing. This Innova Team captain has notched more than 200 PDGA wins including 12 Majors and 30 National Tour events. Reading is a four-time World Champion, five-time U.S. Champion, two-time US Master Champion, recipient of the 2004 PDGA/EDGE Award, 2007 Steady Ed Spirit of the Game, 2014 Bob West Sportsmanship Award. Now, in 2017, at age 45, she’s the newest Disc Golf Hall of Fame inductee and its first five digit PDGA member at #15863.. 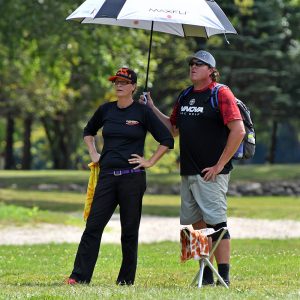 Des started playing disc golf as a student at the University of Northern Iowa, where she and her then-boyfriend, offensive lineman Jay Reading, played rounds at Tourist Park to relax from the rigors of athletics and studies. Des was a softball pitcher on the University’s squad. Des and Jay married in 1995, and soon decided to turn disc golf into a pro-level pursuit both competitively and entrepreneurially. “Early on, I knew I wanted to be a World Champion,” Reading recalls. “I wanted to be the best athlete/player I could be; so I trained hard, practiced daily and threw Innova Champion Discs.”

So Reading, the University pitcher who had won 17 athletic letters in high school including medalling on the high school golf team continued her discipline of reviewing videotapes of her performances and other top pros of the time. “Those were the VHS days, “ she laughs. But the now-obsolete technology helped this self-taught pro to spot flaws in her technique and develop improvements. “I hope I unearth a VHS player someday because I have some sweet late 90’s videotape of me learning the cross step and some killer episodes of PBS’ Trailside, Red Dwarf and Austin City Limits.”

“The world title in 2002 was a lot to live up to so early in my career,” Reading says. Yet after consecutive 2nd place finishes in ’03 and ’04, Reading reclaimed the top spot in the world with consecutive and dominating Women’s World Championships in 2005, 2006 only confirming her rank among the sport’s elites. Winning was only part of Reading’s career goals. She’s also worked hard to grow disc golf by leading free clinics, hosting community days, providing workshops, assemblies and inservice training opportunities all while having directed at least one disc golf tournament every year since 1998.

In 2002, Reading co-founded the Educational Disc Golf Experience (EDGE), a standardized 3rd-12th grade disc golf teaching curriculum that cross-references aspects of science, math, civics, and physical education. So far, EDGE has been adopted by more than 2,500 schools in 49 states (“Hawaii has been elusive,” says Reading). “I knew early on that being World Champion would legitimize my message about the virtues of disc golf and I value that aspect of the title above all.” 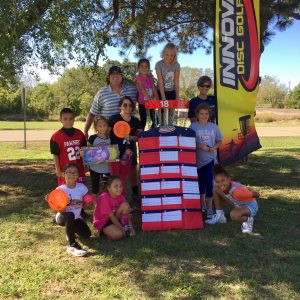 Having no kids herself has allowed Reading to travel 6 months a year for competitions and teaching the future. Reading has countless proteges from her years of dazzling performances. She has always freely given tips and advice to her competitors about the techniques and strategies she used to win round after round. “It has always been up to [the recipient] to implement the advice and see what kind of player they could become. I have always desired to increase the competitive level of women’s disc golf. If those same tips are used to beat me, that is all a healthy part of the process,” Reading explains. “Ultimately, I have continued to evolve as a player because of these instructional outings,” In 2016, the Readings saw over 3,600 unique individual teaching impacts.

Her next goal is fast approaching. To notch twenty continuous years of traveling and playing on the PDGA Professional Tour while furthering the growth of the great lifetime activity of disc golf. Des Reading reminds us, “Life is full of decisions, When in Doubt, Twirl”.