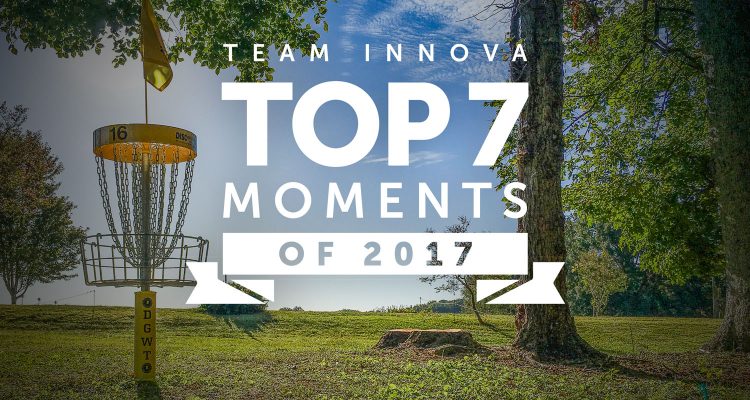 Before we celebrate the possibilites of a new year we wanted to look back on some of the best team moments of 2017. From a Hall of Fame induction to Major event victories and everything in between, Team Innova had a busy—and memorable—disc golf season. So, starting with #7, here’s a countdown of the Top 7 Team Moments for 2017.

James Conrad collected one of the biggest wins of his young career at the Idlewild Open (DGPT), beating Paul McBeth by one stroke. The win and his impressive season helped propel Conrad into the upper echelon of professional players.

The final round of the Glass Blown Open was cancelled today due to storms, so I tied for my first NT win at one of my favorite tournaments! Thankful that I had two good rounds to start. All Glory to God! Thanks to my sponsors #innovadiscs #paragondiscgolf #upperparkdesigns #dtowndiscgolf #adidasterrex

Despite foul weather canceling the final round of the event, Hannah Leatherman still produced some excellent golf including a bogey free second round that tied her for the lead with Paige Pierce. Due to the weather, that’s where the leaderboard stayed. The tie was Leatherman’s best NT finish to date.

If you haven’t watched this already, give it a look. Team Innova represented by Paul McBeth, Nate Sexton, and Jeremy Koling took on other disc manufacturer teams in this fun and fast-paced competition involving an all-terrain vehicle. Gotta love Sexton’s miraculous flick roller. 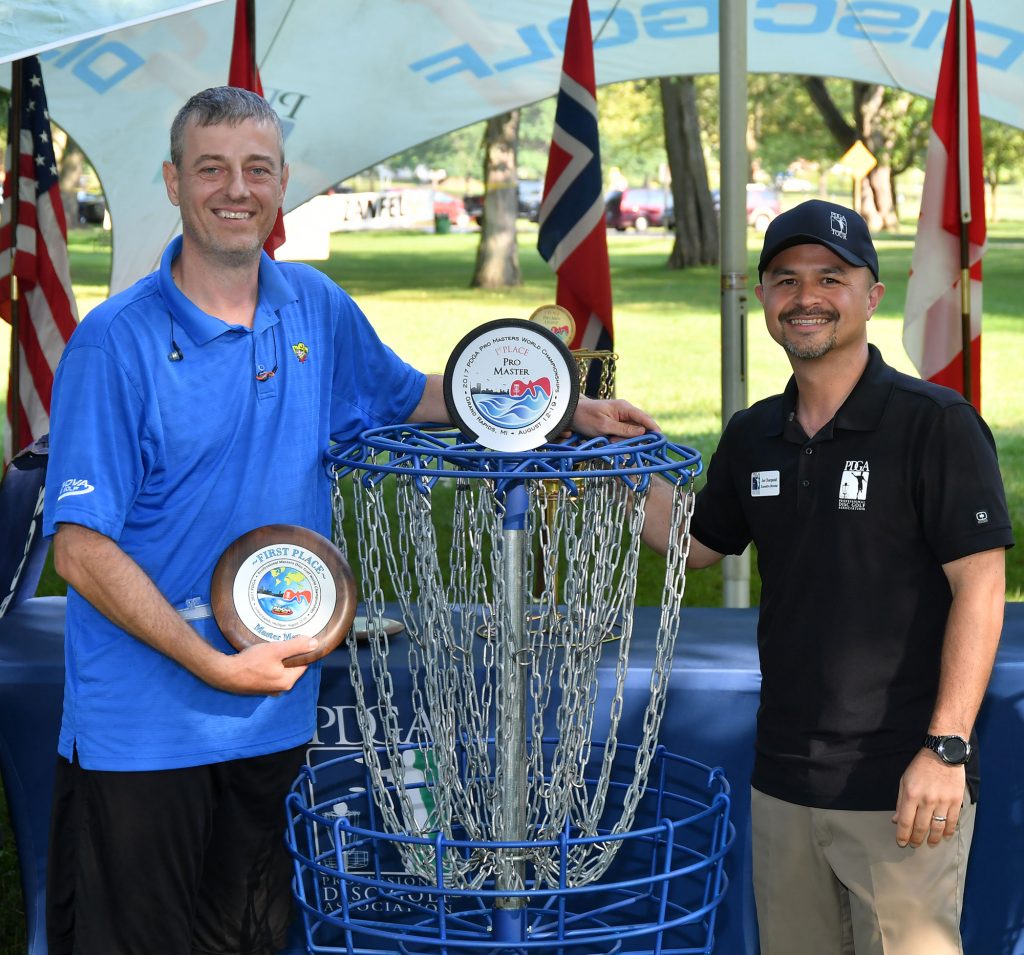 Looking to win a masters major title? To do it, you’ll have to get by Barry Schultz. This year he proved he’s got the division in lock down after sweeping the masters major titles in the U.S. including the Masters World Championship in August (his second masters world title) and the Tim Selinske US Masters Championship in September, which he has amazingly won now six times. The only major masters title he did not claim in 2017 was the Aussie Open, which he did not attend.

Leading after the first three rounds, Gregg Barsby looked to be in position for his first major title, however reigning EO champ Paul McBeth was not going to make it easy as they battled for most of the round. Tied up with one hole left, Barsby’s tee shot sailed OB, but he later hit a monster jump putt to put the pressure on McBeth’s birdie putt. McBeth, however, sealed it, winning his fourth straight EO. 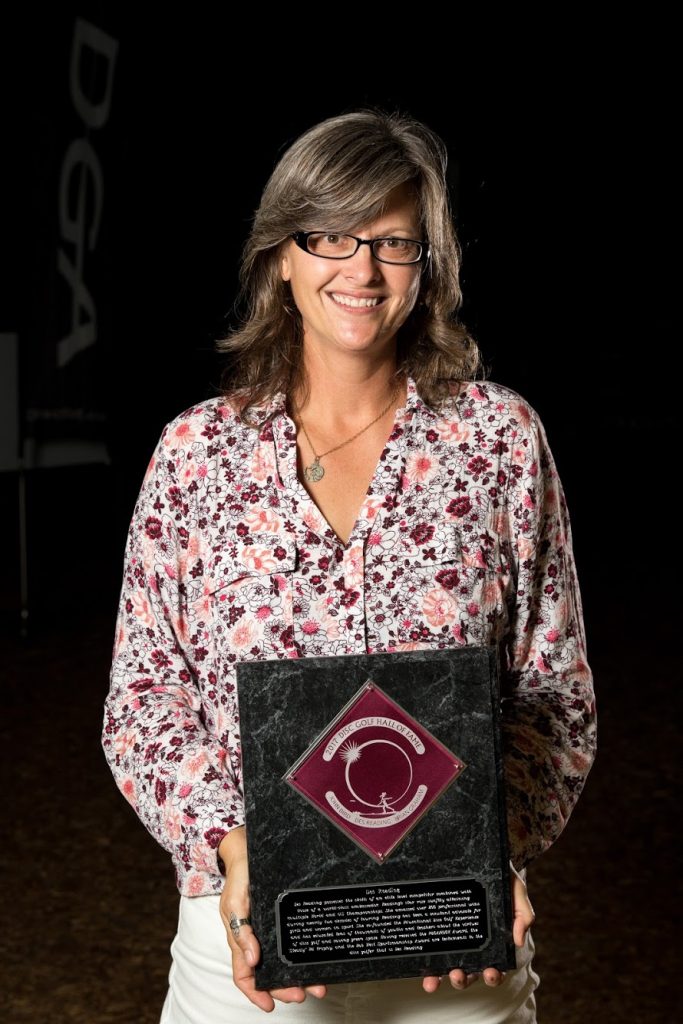 A dominant tour player in the 2000’s with three Open Women’s World Championships, she continues to rack up wins now as a masters player including a World Championship in 2016 and a win at the Tim Selinske US Masters Championship this year. When she’s not accumulating titles, she’s passing on the sport through clinics and leading the Educational Disc Golf Experience, which brings disc golf into the classroom. On October 14th, at the age of 45, Des Reading was inducted into the Disc Golf Hall of Fame.

Hunting for a major win since 2005, Nate Sexton finally got his major title at the USDGC. He almost had it in 2015, but couldn’t hold on. This year, thanks to his automatic forehand, dead-eye putting and more experience under his belt, he submitted four rock-solid rounds and won by five strokes. Already a fan favorite, expect Sexton’s following to continue to rise. Add the birth of his of his first child, Coraline, 2017 will be remembered for The Summer of Nate Sexton.