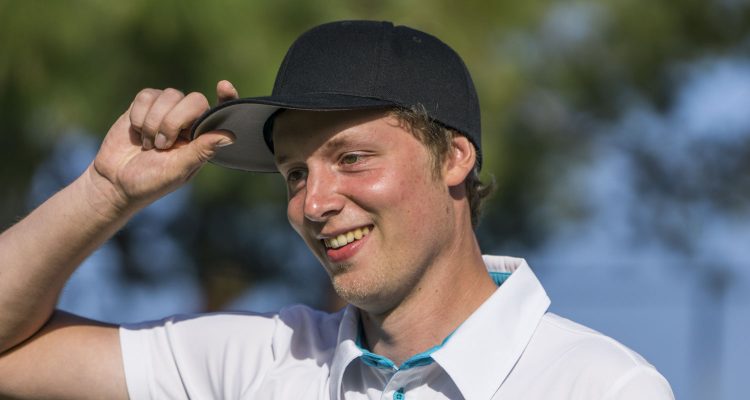 Congratulations to Team Discmania’s Simon Lizotte on a dramatic, sudden death win at the Nick Hyde Memorial. Simon only needed one extra hole to get past Nate Sexton and Paul McBeth in the overtime thriller. Simon was able to make birdie after both Paul and Nate left their drives a little short and were forced to settle for par. Philo Brathwaite had a solid weekend at this event as well, finishing in 7th place. On the women’s side it was Lisa Fajkus who lead Team Innova with a solid, second place finish. Madison Walker finished just behind her in a tie for 3rd.

Alex Geisinger and Jay Reading showed up ready to rumble in Iowa at the 2016 edition of The Rumble. The pair took down the 2nd and 3rd spots respectively. Teammate George Smith finished in a tie for 5th. Another cool storyline from this event was Izak McDonald who was joined in the open division by his dad, JimmyMac. The father and son battled to dead even tie at -21 to share a pretty solid 12th place finish.

Other notable team performances this weekend include:

Focus now turns to Emporia, KS for this weekend’s Glass Blown Open. This PDGA National Tour event will give fans an early glimpse of what to expect this summer when the Pro World Championship comes to Emporia. Paul McBeth will seek to defend his title as GBO Champion. McBeth was finally able to win the GBO after 3 consecutive 2nd place finishes.