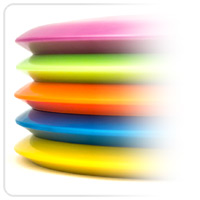 The Foxbat has been PDGA approved and we’re having a giveaway to celebrate! The Foxbat is a large diameter Mid-Range disc. The feature the Foxbat offers over our other midrange discs is higher glide with a small high speed turn. The glide becomes more apparent in weights around 170 grams. Win one here before the release! UPDATE: Winners Picked!

More about the Foxbat Five lucky fans will each win a Pre-Release Foxbat stamped with the Team Innova mini stamp. For your chance to win, use the widget below with your favorite social network (or all three) to enter. Entry into the contest ends on 11/5/2013 at 12:01am Pacific Time. This post will be updated with the winners on the morning of 11/5/2013. Good Luck Everyone!

Congratulations to our winners! Each of these lucky fans will receive a Pre-Release Foxbat!