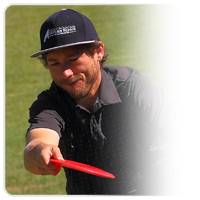 Congratulations to Jared Roan on his win at the Veterans Park Open in Arlington, TX. Jared has been on fire this fall, with five $1000+ tournament paydays, he’s had a hot finish to the season. Down in Texas, Jared found himself several shots back of 2-time World Champion Paul McBeth after round one. But he found his groove in the second and third rounds to climb to the top. This is Jared’s second Supertour win, he won the South Florida Open just last month.

In a three round event like the VPO, making up even a few strokes can seem like a daunting task, especially with McBeth ahead of you. Paul slipped a bit however in round two giving six strokes back to Jared putting him close to local, Sean Whorley, who was in the lead. Jared took charge in the final round carding the tournament’s hottest final round score of 70. That score propelled him into the lead and ultimately a 4 shot win. McBeth closed with 73, six shots back of Roan which put him in a tie for third.

Brian Schweberger won his 30th PDGA tournament of the year, traveling to Pennsylvania for the Hyzerflip Open. He won against a large field of 23 pros, including Joe Mela who finished in second place. Brian has played at least 46 PDGA events so far this year. Brian still has at least 5 tournaments on his 2013 schedule.