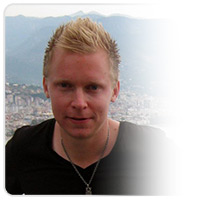 You might think that between the conclusion of the World Championships and the start of the final National Tour event of the season, most tournament players might be enjoying a bit of down time. Well, that’s simply not the case. It seems no one wants to fall off the pace heading into the final stretch of the 2013 touring season.

Team Innova members picked up nine wins around the world this weekend, along with a host of other top finishes. Pasi Koivu was victorious at Finland’s National Championship. Koivu outlasted a 94 man MPO field that was loaded with Finland’s finest. “This was my only concrete goal this season.”, Koivu said. William Gummesson picked up an impressive win abroad as well, taking 1st place at the Swedish Championship. Gummesson rallied in the 4th round and Finals, to move past Patrik Berglund for the win. “When making the last putt it was more relief it was all over than pure happiness. I have never been as focused as I was in that final.”, Gummesson said. That focus also yielded Gummesson an ace during that final; a 285’ laser beam Rhyno on Hole 5 that slammed into the heart of the chains.