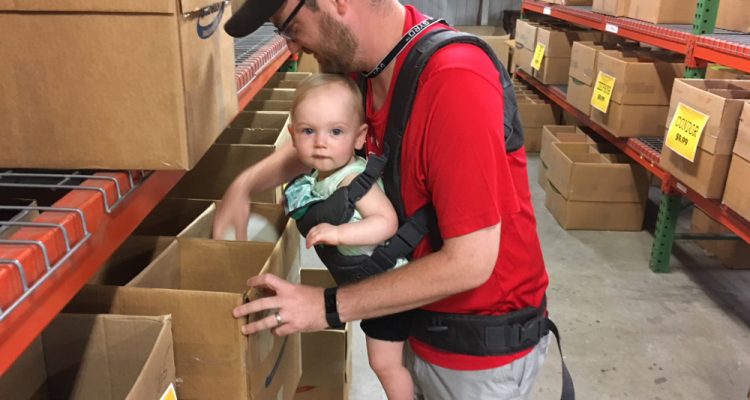 The 2018 PDGA Amateur World Championships is going down in Charlotte, North Carolina this week. As part of the event festivities, Innova Disc Golf provided two unique events for participants, families, and fans travelling to the area.

On Tuesday and Wednesday of this week, Innova East was open to Am Worlds competitors as well as their families and friends. It was a special opportunity as these facilities are typically not open to the public. Also on Wednesday, competitors were invited to the legendary Winthrop Gold Course, home of the USDGC, to get a taste of the course in Championship conditions. 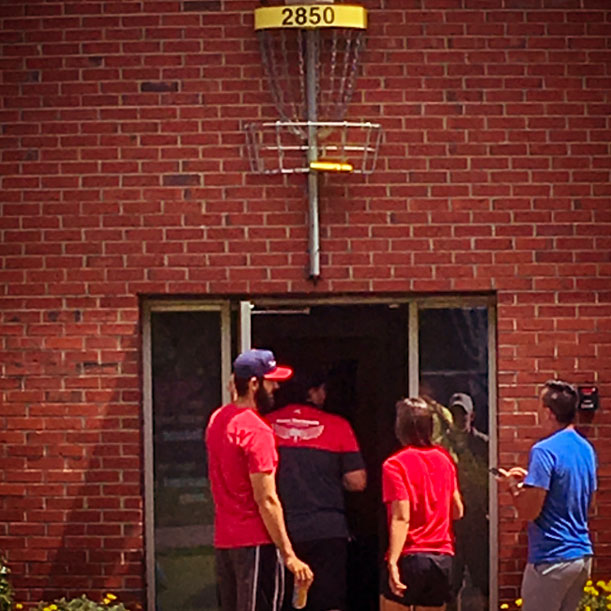 Halting most operations for those two days, much of the main Innova East warehouse transitioned from its normal daily operations to hosting hundreds of enthusiastic guests. The conference room, where weekly sales meetings are held, was converted into a trophy room that featured a variety of memorabilia that dated back to the first World Championship trophy in 1982. 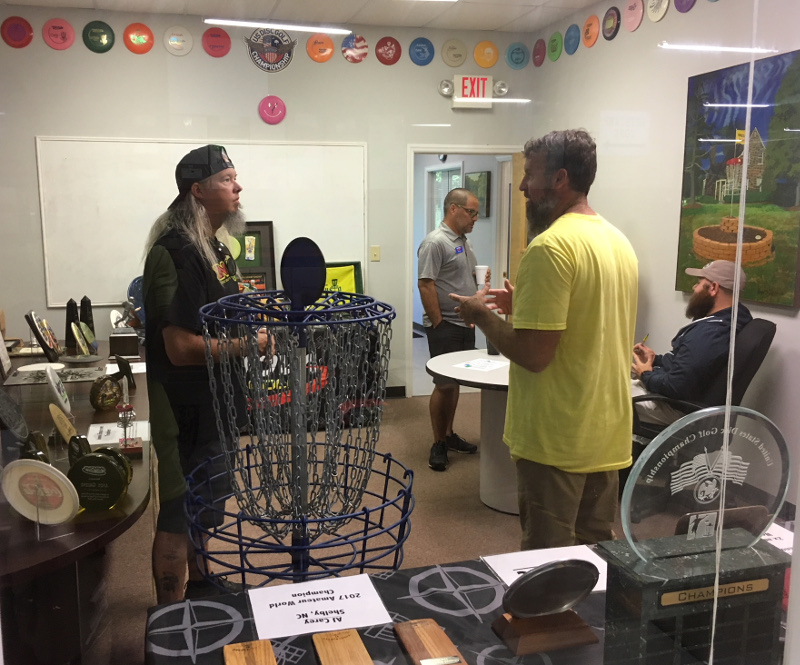 The main thoroughfare, where pallets of discs and other equipment pass on a daily basis, became the Tour’s grand hallway with check-out on one end and an apparel store on the other. Brand new signs hung for the event, pointed you to everything you could need: Refreshments, Bathrooms, DX discs, Star discs, Targets, Throw Pink Merchandise, and more. For two days, the Innova East Warehouse, was the biggest Innova store on the planet.

Dude, this is mind-blowing, I’ve never seen all of the plastic in one place. This is something else right here!
– Stuart Eaves, of Raleigh, N.C.

The Candy Store is Open (But Only for 2 Days)

One of the biggest treats after entering the warehouse was the opportunity to dig through hundreds of boxes of brand new discs. From stock-stamped discs, to Tour Series, to limited edition models – all were made available to touch, feel, and purchase.

“It’s like a candy store out here, isn’t it?”, was a common phrase heard echoing through the building each day.

A hot stamp machine was set up specifically so that players could stamp the top side of their player pack disc, a Shimmer Star Destroyer that had already a bottom stamp commemorating the Am Worlds event. 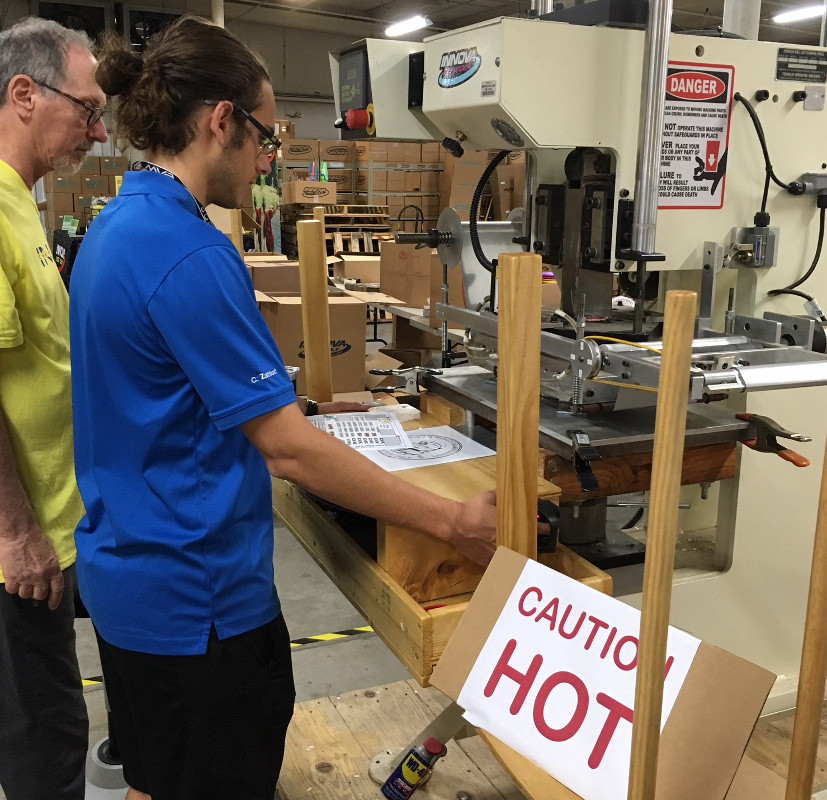 Another gem of the Innova tour was taking-in the newly created USDGC Champion Roc Museum located inside the building’s offices. The museum was made possible by USDGC Partners’ Roc donations.

“I just drooled over that cabinet of Rocs,” chuckled Am Worlds spectator Gary Vigil of East Lansing, MI, as he left the display. 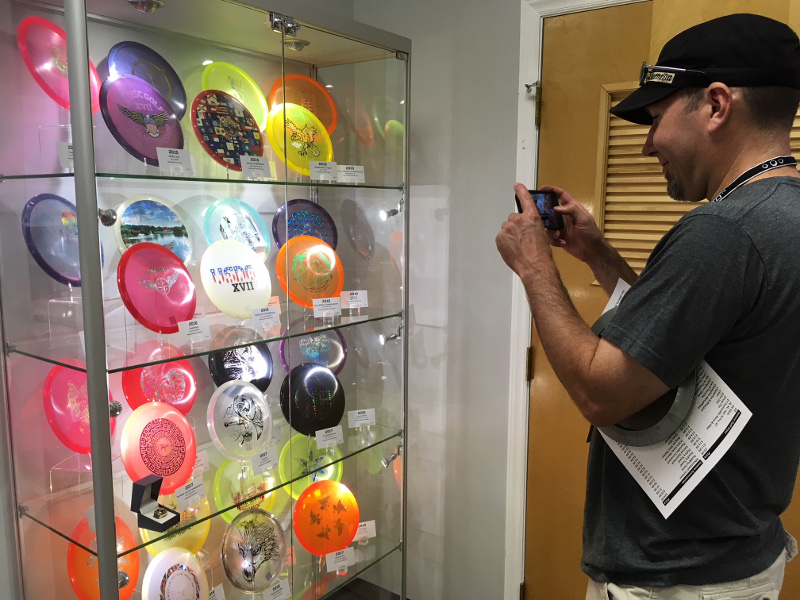 Brent Stillabower, of Franklin, IN snaps some pics of the USDGC Roc Museum.

Along with the Innova East Warehouse, Rock Hill is also the home of the USDGC and the Winthrop Gold Course. On Wednesday, players were invited to test their skills on the legendary Winthrop Gold Course during the USDGC Experience. Some of Winthrop’s most iconic holes were in Championship condition to give visitors a glimpse of what it’s like to compete at Winthrop.

Warren Foy and Jerry Dobbins, both of Lexington, KY, talk about what it’s like to play the Winthrop Gold Course for the first time.

For many, the USDGC Experience was a chance to play the course they had only experienced through decades of media coverage. Even after a rain-soaked day of Am Worlds competition, players still could not resist the temptation to throw at least a few more shots at Winthrop.

“This is hallowed territory, and we just got to experience it,” said Luke Humphries, of The Colony, Texas.

Humphries said one of the things that is difficult to fully appreciate is the amount of slope some holes have. Playing the course, you see why shots play the way they do on video, said Humphries, who was leading the Am Worlds Advanced Division after that day and continued to after Thursday too. 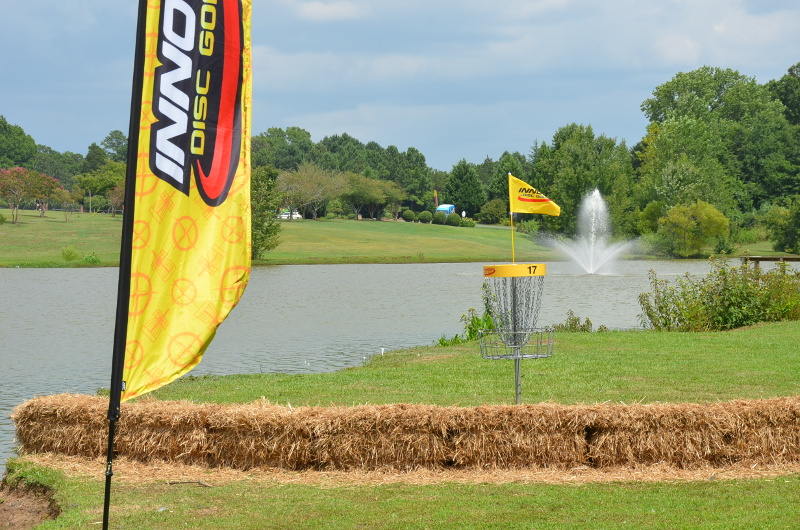 Though much of the Winthrop Gold Course is playable throughout the year, many of the key features like the famous yellow ropes, Championship pin placements, and other features are only available during the USDGC – so, this was a must-attend event for any USDGC fan.

After their round, Humphries and his cardmates (several from Texas) were visibly stoked at their experience, especially since they don’t have any course similar to Winthrop at home.

“The videos don’t do the course justice. I expected it to be awesome, but it exceeded expectations by far,” said Calen “Squid” Swim, of Dallas. 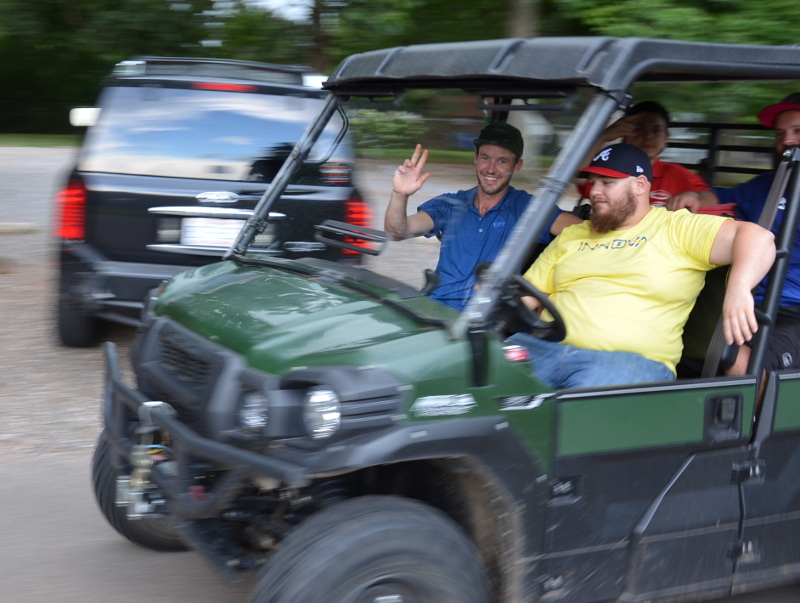 USDGC course preparation usually begins in September, but this year the course crew got cracking much earlier for the USDGC Experience. Things like the famous island green on Hole 17, treacherous OB lines forcing near-perfect shot placement, 10-meter circles surrounding each pin, and a 30-foot mando pole that forces approach shots into Hole 5’s green out over the water, are just some of the things that were done.

Players received rock star treatment such as shuttle cart rides to and from the parking lot, DJ Hek Yeah spinning tunes on the clubhouse patio, and perhaps best of all, having official USDGC Starter Andy Greene announce everyone’s name and hometown before teeing on Hole 1.

Greene, who has announced more than 10,400 player names at the USDGC since the event began in 1999, believed the players got a kick out of it.

“One guy even came back after his round to have me do it again so he could get it on video,” Greene said. 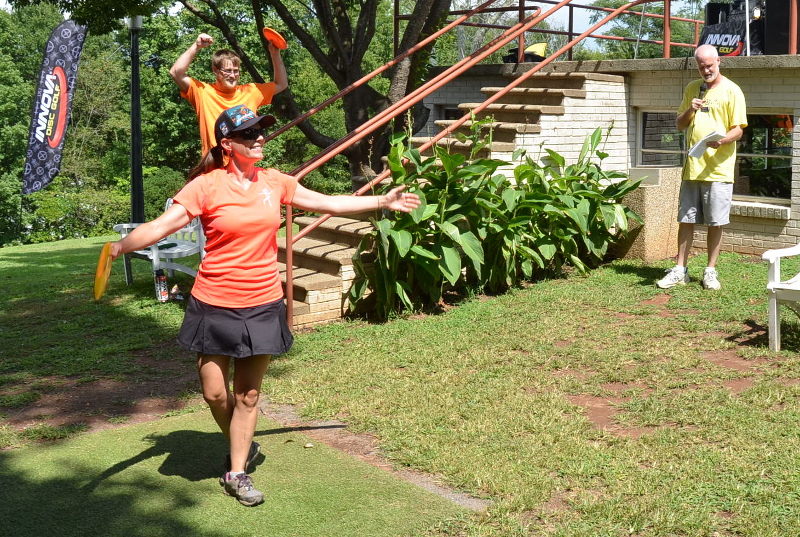 Jenny Majeski, of Poncha Springs, CO gets the Championship experience at Hole 1

Though many relished an opportunity to simply play a casual round, prizes were awarded for those who turned in the day’s lowest scores. Congratulations to Nick Ongpauco, of Philadelphia, PA and Kelly Melton of Sumter, SC who both carded rounds of 35.

We would like to thank everyone who came to visit us. Our goal was to add even more wonderful memories to your 2018 Am Worlds experience.

What an amazing week at the 2015 PDGA Am Worlds and Junior Championships in Kalamazoo,...More