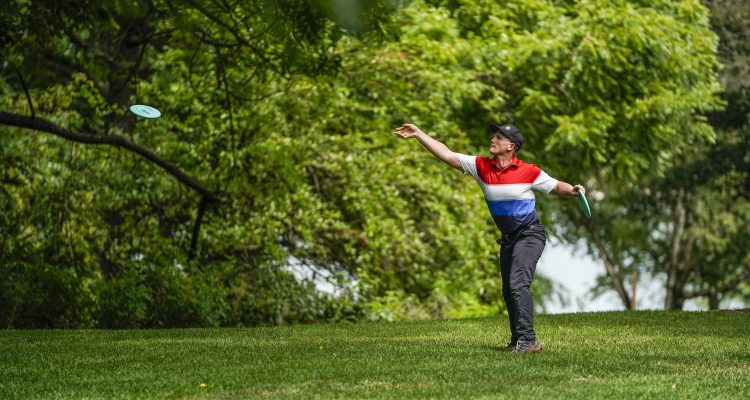 More than 600 amateur disc golfers visited the Quad Cities last month to participate in the 2017 PDGA Amateur and Junior Disc Golf World Championships. This event is generally one of the most exciting tournaments of the year, mainly because it is such a terrific opportunity to see the progression of disc golf’s brightest young stars.

One thing a knowledgeable spectator will notice right away is that while the amateur players generally have less competitive experience under their belts, the drop off in sheer physical talent from today’s top professionals is minimal. Aspiring young players from around the world are in many cases throwing just as far, and with jaw-dropping precision as you might typically see on a professional tour.

Innova was well represented at this year’s event. We had athletes competing in a variety of divisions, from the Junior Boys U8 up through the (Open) Advanced level. Innova wound up capturing 4 titles in all, and shortly after the tournament was over we caught up with each champion (listed alphabetically) for a pro tip and a peek at their go to discs. Pro Tip: One piece of advice I would give to new players in the choosing of their discs is to start out with a midrange. A driver takes more power too do what its intended purpose is. By starting with a midrange, you get to develop a style and learn the game. A DX roc is a perfect disc to start with because of the way that it naturally goes where it is released and does not come back hard left or right. Pro Tip: The best piece of advice for beginners in choosing their first discs would be to start with slow speeds, preferably putters and mids, and learn to throw them with control on all types of angles before moving to drivers. Pro Tip: I would start with a putter to get form down and your accuracy. A putter shows every mistake you make. A driver will let you pick up bad habits. I recommend a Nova. Pro Tip: My advice to beginners is to throw Innova! I advise them to drive with a Sidewinder or Valkyrie. These will be great starting drivers and are likely to stay in their bags as specialty discs as long as they continue to enjoy the sport.

The 2018 PDGA Amateur World Championships is going down in Charlotte, North Carolina this week....More

What an amazing week at the 2015 PDGA Am Worlds and Junior Championships in Kalamazoo,...More