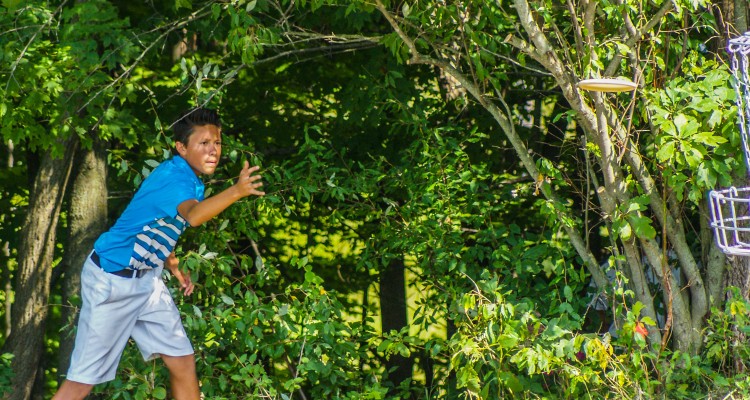 What an amazing week at the 2015 PDGA Am Worlds and Junior Championships in Kalamazoo, MI. Congratulations to all of the tournament competitors who traveled from around the world, as well as the tournament staff and countless volunteers who made the event a success.

Team Innova was well represented in six different divisions at Am Worlds. Here’s a breakdown of how everyone finished in their respective divisions:

Exciting battles were taking place everywhere, but none more so than the one between Anthony Barela and Izak McDonald. These two had already put on a fireworks show in June at the US Amateur, where Barela (age 15) became the youngest player in history to capture the amateur crown. McDonald (age 14) finished a close second to Barela, and therefore came into Am Worlds even more determined to capture the win. Anthony and Izak moved to the top of the leader board and it quickly became clear that they would be tough to catch. Both players held the lead numerous times, only to find themselves tied heading into the showcase Final 9. Gavin Rathbun also clawed his way into the finals, along with North Carolinian, Mark Huether. All four played well down the stretch, however it was Barela and McDonald who stole the show once again.

The lead continued to change hands throughout the finals as the pair launched jaw-dropping tee shots and drained clutch putts, including a 60-footer by McDonald for an eagle on Hole 7 which gave him a one shot lead. Both players carded birdies on Hole 8 and arrived at the final hole with Izak still up one. The group had to wait atop Hole 9 for about 10 minutes while the group ahead of them putted out, adding to the intensity of the moment. Izak had honors and proceeded to rip his drive down the 810’ final hole, but it flipped over and drifted way right, finding OB. This opened the door for Barela who marched right on through, sticking his drive within about 20 feet of the pin and a look at eagle. Barela’s eagle putt lipped out but birdie would be plenty to earn “AB” the first world title of his promising career. Izak was devastated to have come but one errant tee shot from getting the win himself. To his credit, he gathered himself prior to the award ceremony and delivered a speech that rivaled the quality of his performance on the course. Both players acknowledged each others outstanding play, hoisted their trophies, and demonstrated class and composure well beyond their years.

Kaylee Campbell was also able to hold off serious competition among the Junior Girls U19. She fought her way to a 7-shot win over teammate Alexis Mandujano and a host of other talented young ladies, to capture her first world title as well. Jacob “Cupcake” Courtis lead the charge in Boys U13. Jacob was unable to catch Sweden’s Adrian Werme for the win, but he did knock down a second place finish, as well as a DQ Blizzard right before the finals began.

With Am Worlds behind us, we now all turn our attention to the PDGA Professional World Championships, which begin August 4th in Pittsburgh, PA. Many eyes will undoubtedly be on Paul McBeth as he looks to win his 4th consecutive world title, and his 4th Major of the 2015 season. We wish everyone headed that way safe travels and good luck, and look forward to seeing you in Pittsburgh!

The 2018 PDGA Amateur World Championships is going down in Charlotte, North Carolina this week....More