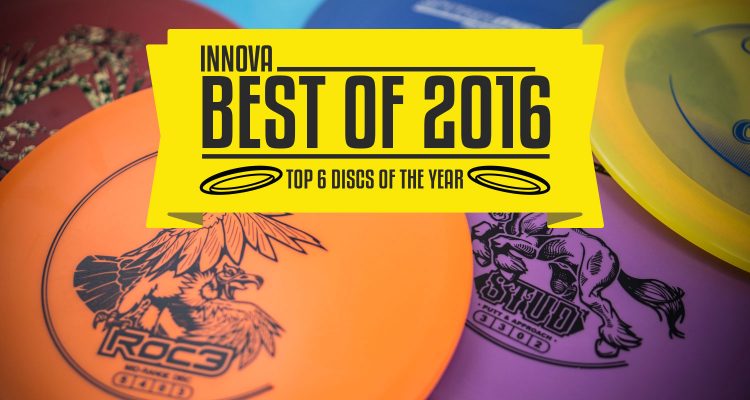 Every year Innova strives to create the best disc golf discs for every aspect of the game and all skill levels. From our fastest disc, the Colossus, to the straight flying putt and approach, the DX Stud, and a handful in between, we rank out Top 6 discs of 2016. Akin to the popular Tern, this speed 13 disc that can stretch out anyone’s long game, is on track to develop its own strong following. If you’ve heard, “That’s a golf shot,” after a throw – you were probably using a Star Mirage, which has found itself to be an ideal candidate for touch-shots that find pay dirt. With a speed of 7 (one notch above the Leopard), the Leopard3 has just as much fairway glue as its tried and true predecessor, it just – as many have seen – arrives there faster. The Stud found an immediate following for those needing a stable yet not too stable putt and approach disc that would still lend itself to artful shots. It’s hard to match the superior feel of DX plastic. That’s why when the wildly popular Roc3, was debuted in the DX plastic it became our hottest selling midrange released in 2016. They don’t come much faster than the Colossus, which proved to be our most popular disc released in 2016. The speed 14 disc roars out of your hand, but still is tame enough to get you where you want to go.