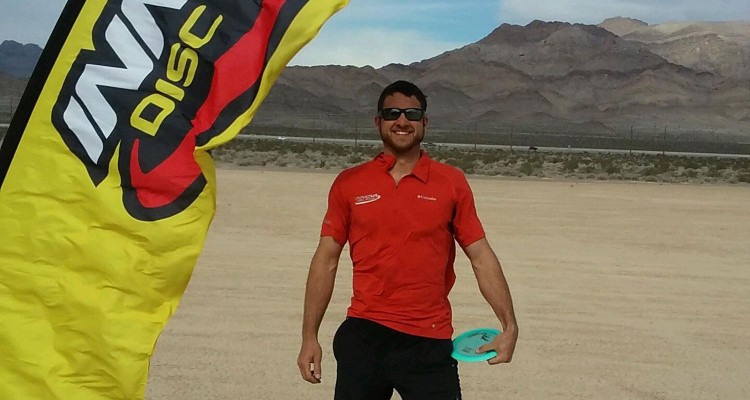 Innova Team Member David Wiggins Jr. has broken the World Distance Record once again! David threw a 154 gram Boss 1,108.92 feet (338 M) to reclaim the title from Germany’s Simon Lizotte, who later broke his own record throwing an Innova Blizzard Boss 1030 feet (314 M). High winds and ideal temperatures made this a distance showcase to push the limits. At the time of David’s throw, the wind was whipping at 38-42 mph. David Wiggins Jr. wasn’t the only one breaking records at the event. Jennifer Allen smashed the previous Women’s Distance World Record by throwing a Blizzard Wraith 568.5 feet (173.3 M) on the first day of competition. Juliana Korver also joined the record breakers’ club with a toss of 443.5 feet (135 M) to set a new Women’s >45 record.