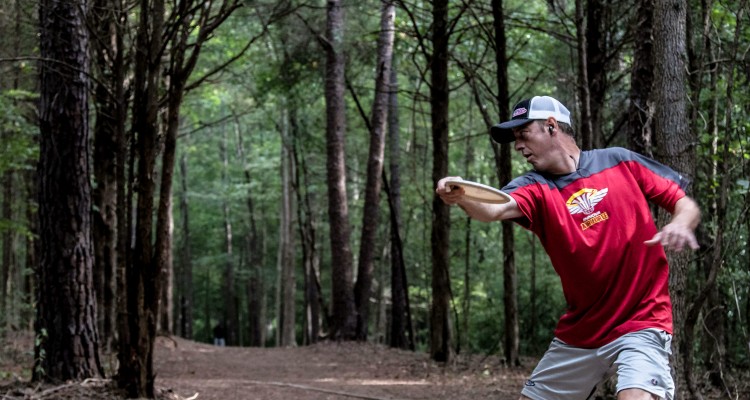 Barry Schultz and Brian Schweberger have been dominant forces throughout the season, particularly in the Carolinas. This weekend the two slugged it out once again at the Spike Hyzer Invitational Championship Series Finale in Rocky Mount, NC. Schultz grabbed the lead at the end of day one with solid rounds of 48 and 50. Schweberger found himself in second place on Saturday night, five shots back.

Schultz is one of the more accomplished, professional disc golfers. He is a 2-time PDGA World Champion, a 3-time United States Champion, and winner of nearly 200 PDGA events around the world. You do not reach that level of success without learning how to finish events strong. That is precisely what he did on Sunday. Barry closed with rounds of 51 and 47 to preserve his five shot lead and his 20th win of the season. The win also makes Schultz the Spike Hyzer Tour Champion for 2015.

We would like to acknowledge Innova Ambassador, Chuck Connelly. The Spike Hyzer Season Finale was Connelly’s 27th outing as a PDGA tournament director this year. That is more events than most people play in a season, much less run. Chuck received the Tournament Director of the Year award in 2014, when he directed a total of 40 sanctioned events. If you would like more information on the Spike Hyzer Tour Series be sure to visit www.spikehyzer.com .

Congratulations to all of our team members at the West Coast Disc Golf Championships presented...More