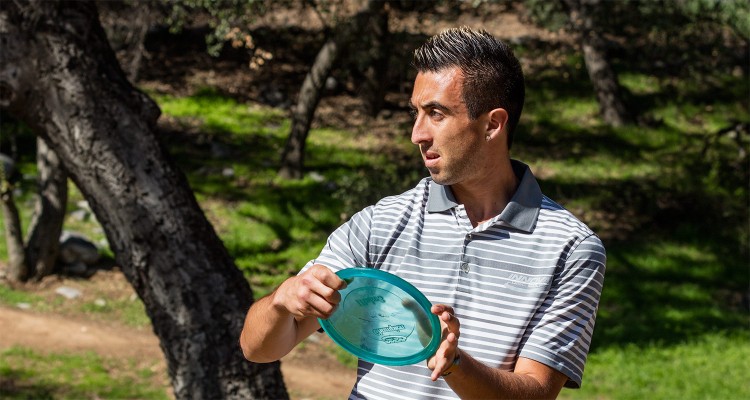 Congratulations to Team Innova on a strong start to the 2016 season. While the year’s first National Tour event is still two weeks away, this weekend featured a few sizeable B-tier events loaded with competitors ready to get their games into springtime form.

One of those players is Florida’s Calvin Heimburg. Calvin was in action at the Barnett Park Championships in Orlando, FL. Calvin was in a tight battle all weekend with Sarasota’s Cameron Lincoln. Ultimately it took extra holes, but on the second sudden death hole Calvin was able to capture his second win of the year. Innova Junior Team member, Randon Latta, had a great weekend in Orlando as well. Randon finished in an impressive 5th place in the Open Division! Madison Walker and Pam Reineke were tops among the Pro Women. Madison grabbed second place, while Pam finished in 3rd place just 4-shots back. Paul McBeth was in action at the 38th Annual Wintertime Open in Pasadena, CA. Paul was not completely satisfied with his performance, however it was good enough for his first win of 2016 and his sixth consecutive Wintertime crown. The world’s #1 ranked player will now take a little down time, drop a few thousand putts, hook up with touring partner Nate Sexton, and begin the journey to Arizona for the 2016 Memorial Championship.

A field of 160 and change teed it up in Texas for a Lone Star State gem, the Victoria Open. Jay Reading picked up his first win of the year in convincing fashion. Jay won Masters by a cool 9 throws. Casey Wright and Lisa Fajkus both grabbed second place spots in the Open and Pro Women’s divisions. A fun battle also took place among the Advanced Women, where Alexis Mandujano was able to sneak past her sister Val to claim a 2-shot win.

Team Innova swept the pro divisions back in the Carolinas at the Charlotte’s Ballantyne Hotel Open. Barry Schultz won his second tournament of the year, both of which were in the Open Division. Debbie Scott was victorious twice during the weekend. She won Mooky’s Cup on Saturday in High Point, NC, then took down the Pro Women’s division at Ballantyne on Sunday. Completing the sweep was Hall of Famer Stan McDaniel, who won Masters to get his first win of the season.

Things heat up even more this coming weekend in Vegas as Innova presents the 2016 Gentlemen’s Club Challenge. We look forward to seeing you there!