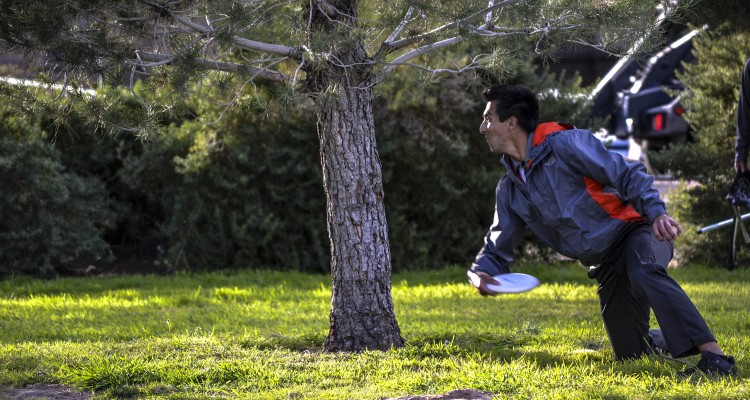 Paul McBeth has begun the 2015 tournament season with a serious bang. In February McBeth captured the season’s first Major, the Aussie Open. He followed that up with a win at the Wintertime Open in Pasadena. McBeth picked up his third consecutive win this past weekend, over a loaded field in Vegas at the Gentlemen’s Club Challenge.

McBeth trailed Paul Ulibarri by one shot heading into Sunday’s final round. A bogey on Hole 6 cost Ulibarri the lead and opened the door for McBeth to make a move. McBeth did just that, carding 2 eagles and 6 birdies through the final 12 holes which propelled him to a 4-shot margin of victory. Drew Gibson also had a nice showing in Vegas, finishing in a three-way tie for fourth place.

Melodie Bailey and Jessica Weese tied for third place in Open Women. The world’s number one ranked female player, Paige Pierce, was the only lady to shoot under par for the tournament. Consistent rounds of 64-64-66 lead Pierce to a 3-shot win. Other strong performances were turned in by Chris Brophy who finished second in Masters, and Peter Shive who earned the victory in the Legends division. Jay and Des Reading were in action at the Victoria Open in Texas, an event they know extremely well. Jay grabbed the early lead and was able to hang on for a 2-shot win. Des held the lead in Open Women after round one as well. She added to that lead in each of the remaining rounds to win comfortably. These were the 6th consecutive wins at this event for both Jay and Des.

The PDGA National Tour begins this coming weekend in Scottsdale. For many years the Memorial Championship has been the first big test of the season and it is generally action packed. Paul McBeth will look to defend his Memorial crown from 2014. He is already a back-to-back winner, having won the Memorial in 2011 and 2012.

McBeth also looks to become the first player to capture four Memorial crowns. Barry Schultz and Dave Feldberg each have three, and are the only other players to win back-to-back. Schultz won in 2003, 2005, and 2006. Feldberg won in 2007, 2008, and 2010. The only other players to claim this title since 2002 are Steve Rico, Tim Gill, Nikko Locastro, and Will Schusterick.

The Memorial Championship’s signature course, Fountain Hills, is also where McBeth carded his jaw-dropping, 1132-rated round of 39 back in 2013. McBeth’s “Beast Mode” was fully activated in the final round as he came storming back to force a sudden death playoff with Will Schusterick. Schusterick held on to win the playoff in what was one of the tournament’s most memorable finishes.

For complete coverage of the 2015 Memorial Championship visit www.pdga.com.