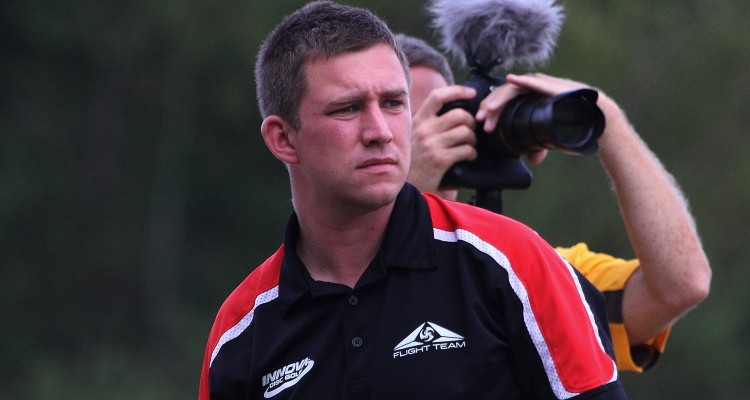 Congratulations to our newest Star Team member, Nate Sexton, on his win at this weekend’s Buckhorn Open in New Hill, NC. Nate blasted out of the starting gates, firing a 1047-rated round of 43 that earned him the lead. From there, he never looked back. Nate’s final round of 48 was even stronger (1051 rated) and propelled him to a 17-throw victory, the largest winning margin of his career.

Six hundred miles south of New Hill sits a sleepy little disc golf town called Orlando, FL. This weekend 151 golfers rolled into this magical disc golf kingdom for the Barnett Park Championships presented by Orlando Disc Golf. One of them was Pensacola’s Madison Walker, who officially joined the Innova team on Friday afternoon while in route to the event.

Madison had her hands full with teammates Hannah Leatherman and Pam Reineke in the Open Women’s division. Hannah grabbed the early lead in round one and would add to it with each consecutive round. Hannah grabbed the title, while Madison and Pam locked up the second and third place spots for an Innova divisional sweep. In Seaside, CA it was Jessica Weese getting her first win of the season at the CSUMB Otter Open. Jessica also lead wire-to-wire, finishing 5 shots ahead of the 2012 Women’s World Champion, Sarah Hokum.