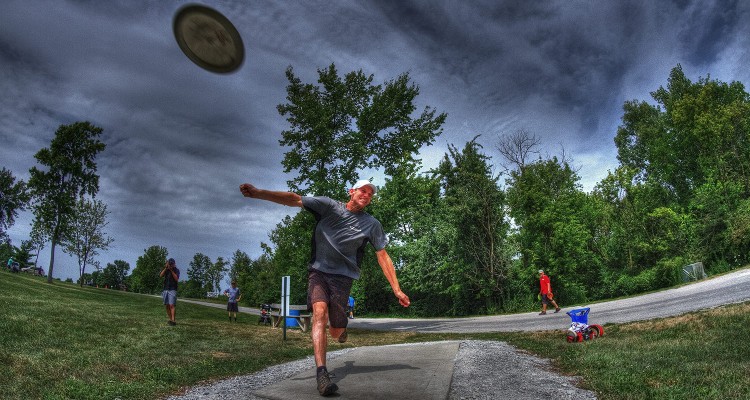 While this past weekend’s biggest story was the Women’s Global Event, there were many other tournaments at which Team Innova was mixing it up. Calvin Heimburg has been on a roll this season, particularly in his home state of Florida. Calvin has racked up seven wins this year alone. This weekend though, Calvin squared off against the Floridian of all disc golf Floridians, Innova Team Captain Ken Climo. It has been a relatively quiet year for Ken. The Champ has played in just four tournaments, most notably the Memorial where he won Masters by a cool seven shots. Ken also showed well at Throw Down the Mountain where he finished second in Open against a whole slew of Floridians. This weekend Climo wasted no time dropping the hammer at the Lake County Trailblazer. Champ fired an opening round 52 to go up five right out of the gate. Climo added to his lead in subsequent rounds and went on to win by eight. Calvin finished behind Ken in second place to continue his outstanding year.

Just up the road in Atlanta a stout field,comprised largely of Georgians, assembled in Stockbridge, GA for Hotlanta 2016. James Cole battled his way to the top of the Open division, but lost in extra innings to Cody Britain. Team Innova swept the other pro divisions though, as Jessica Hill smoked it in Open Women to eked out a twenty shot win. And in Masters, Kevin McCoy blasted a 1026-rated opening round of 48 to take a commanding lead which he did not surrender.

Teammates and fellow Coloradans Joe Rovere and Tom Carrillo swept the men’s pro divisions at the 3rd Annual Cinco de Mayo Meltdown. Joe won a hard fought battle with Golden, Colorado’s Jerome Knott. Rovere and Knott matched scores in rounds one and two. Then in round three Rovere was able to pull ahead and capture a three shot win. Tom Carrillo held things down in Masters with a four shot win over Fort Collins’ local, Chad Johnson.

Other team wins this weekend include:

Congratulations to all and we will see you in Santa Cruz – land of the Californians!