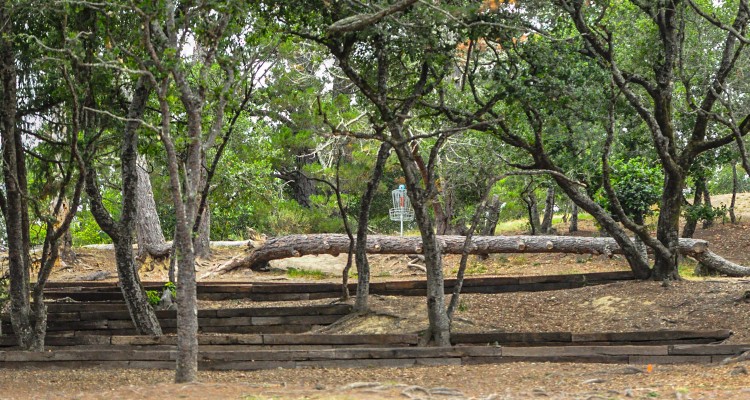 Paul McBeth simply continues to roll. As the PDGA National Tour made its stop in Santa Cruz this weekend, all eyes were on Paul as the man to beat. Not only is McBeth the world’s #1 ranked player, he was also coming into this event as the 3-time (2012, 2013, and 2014) and defending Masters Cup Champion. Beating McBeth at DeLa would be no easy task.

One of those who came prepared for the task was Nate Doss. Nate would match Paul’s opening round of 63 which would tie them for the lead. Doss is no stranger to DeLaveaga. Not only did he grow up in the area, Nate won his third World Championship title in Santa Cruz back in 2011. While Doss has not won a Masters Cup in his career, he certainly has the game and the experience to get it done. Doss managed to pull ahead of McBeth by one with a second round of 66, setting the stage for an exciting final round showdown. On Sunday McBeth applied immediate pressure with birdies on 6 of the first 9 holes. A string of 5 consecutive gave Paul a 3 shot lead. Doss played well however and narrowed the gap to just 1 throw with 2 holes to play. The two matched birdies on the next to last hole, then strode to the tee of the iconic Hole 27, known as “Top of the World”.

Nate held the tee and thus a chance to apply some pressure of his own. His drive landed about 75 feet short so absent some heroics he would have to settle for par. McBeth responded by launching a sidearm Star Destroyer that came to rest well within his comfortable putting range. Paul would nail that putt for his 11th birdie of the round and a 2-shot win.

It’s always a pleasure competing with Nate. That’s one person who’s genuinely happy to be in a great battle, win or lose.