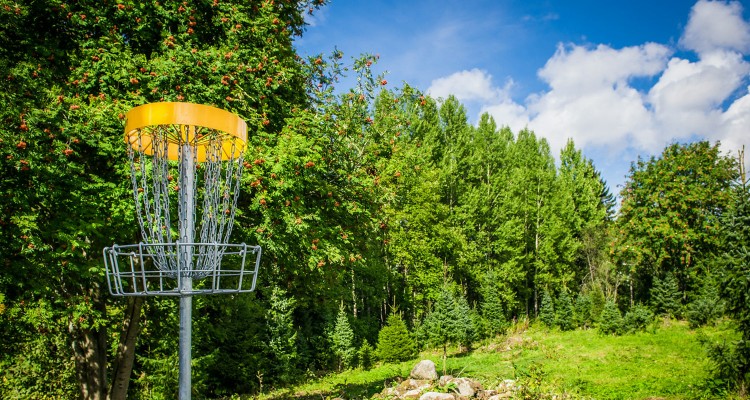 Team Innova was busy making the grade at a-tiers across the country this weekend. Congratulations to Drew Gibson on his weekend win at the 30th Shelly Sharpe Memorial in Scottsdale, Arizona. A hot, second round propelled him into a lead Drew refused to surrender down the stretch. Gibson is wrapping up an extensive touring season during which he played more than 30 events around the world. The win in Arizona was especially sweet as it marked the first PDGA A-tier sanctioned victory of his career.

It feels great to grind all season and end it with a solid win! I plan to take this momentum into the offseason and come back better than ever.
— Drew Gibson, Team Champion Two other players have racked up their first career A-tier wins lately as well. Sara Lamberson and Logan Bowers were victorious at the Kentucky State Championships earlier this month. Both player have continued to finish the season strong. This weekend Sara picked up her second A-tier win at the Harmon Hills Highland Fling in Tennessee. While she was busy there, Bowers was in Huntsville, AL where he added the Alabama State Championship title to his season’s resume as well. Only two more PDGA A-tier events remain this season. The Veteran’s Park Open will take place in Arlington, TX for the 25th year. That action begins on November 7th. Then the Spike Hyzer Invitational Championship Season Finale will wrap things up in Rocky Mount, NC the very next weekend. Good luck to all, and we will see you on the course!

Paul McBeth has begun the 2015 tournament season with a serious bang. In February McBeth...More