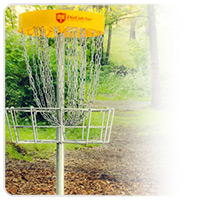 The European Open Experience
The European Open is known for amazing hospitality, a top-level professional atmosphere and for having the biggest and most generous payout in Europe. It is hard to describe what it is like to be a competitor of the EO. The thrill of playing on one of the best courses in the world, the extremely competitive field of players and the international atmosphere add up to an unparalleled experience for everyone involved.

the Preliminary is held on the weekend before European Open. This tournament is a PDGA A-tier and a part of the EuroTour -series.

The President’s cup is a matchplay event between the finest players of Europe and USA. Only 6 of the the very best male players and 2 of the best female players will get a chance to represent their continent in this historical match-up.

The European Open is a PDGA Major. The tournament itself has grown into a super-event of Disc Golf, a rare treat for players and fans alike. A lot of time and consideration has been put to everything from scoring, tournament village, accommodation, transport and players parties.

Registration for the European Open 2013 opens February 1st. See the qualifying information here.
[youtube:http://www.youtube.com/watch?v=-fLhQ_ZT3pA 420 260]
Disc Golf European Open 2013 PROMO
The original European Major returns in 2013! Be a part of the most prestigious Disc Golf tournament on the old continent!
Share it !

The Aussie Open is the first Major of 2015 and McBeast mode has been activated....More