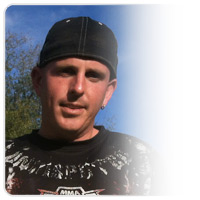 Josh Anthon is one of those rare players who can hold down a full time job, practice when time permits, and then bust out on tour and compete with disc golf’s top touring pros. With each passing year that feat becomes increasingly more difficult, if not downright impossible. Josh Anthon officially began his tournament season with an A-Tier victory at the St. Patrick’s Classic in Orangevale, CA. Despite limited playing time this season Josh lead wire to wire and won by 4. Ray Johnson finished in 3rd.

Jessica Weese was also victorious in Orangevale. Jessica secured her first career A-tier win with teammates Valarie Jenkins and Anni Kreml nipping at her heels. Val and Anni tied for second place just two shots back. Nor Cal legend Jim Oates took home top honors in Grandmasters. Jim’s total of -23 would have won the Masters division as well, and landed him in third in the Open. Paul McBeth and McKayla Thomas were winners at the VO Qualifier in La Mirada, CA. On the east coast it was Barry Schultz and Brian Schweberger winning Open and Masters divisions at the Coastal Plains Open in Jacksonville, NC. Holly Finley snagged wins at two, single day events. On Saturday Holly won the Wisconsin Spring Opener, and then the Rollin Ridge Open in Reedsville on Sunday. Ken Climo was in action in Florida at the 20th Annual Sizzler. He finished in second to in-state rival JohnE McCray.
Share it !