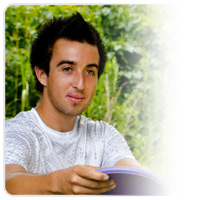 The PDGA National Tour points race came to an exciting end this weekend at the Vibram Open in Massachusetts. Paul McBeth was slow out of the gates at Maple Hill, however he finished with a Sunday charge that vaulted him to a 3rd place finish. Paul did not start the NT season slow. He was victorious at the first two events and finished in 5th place twice. Paul’s performance at Maple Hill gave him the cushion he needed to outlast teammates Will Schusterick and Ricky Wysocki to become the 2012 Men’s National Tour Champion.

Valarie Jenkins came up just one stroke short this weekend. It was an exciting final round with the lead changing hands between Catrina, Hokom, and Val as the round progressed. Val finishing a stroke off of Catrina for first place. So far in 2012 Val has 7 wins, 7 second place finishes, and never finished lower than 3rd on the National Tour. At the awards ceremony following the Vibram Open, Val was awarded the NT Series trophy, but Tuesday it was announced that Catrina was the NT Champion. Val is now tied with Hall of Fame member and 5-time World Champion, Juliana Korver, for the most female Player of the Year awards.

Ricky Wysocki came out with a 3 stroke lead on Thursday, and continued his stellar play through Sunday, either leading or sharing the lead with Cale Leiviska for literally the entire tournament. But with a tie going into the final hole, Ricky’s upshot skidded out of bounds, costing him a shot at his fourth win in as many weeks. Paul McBeth caught fire in the final round to climb up to a single stroke behind Ricky and third place. Steve Brinster birdied 5 of the last 6 holes to finish strong in fouth place. Will Schusterick and Cameron Colglazier finished tied for 7th. Des Reading finished 5th among the Open Women.

While all this action was taking place here in the states, Simon Lizotte was busy handling business across the pond. The 19-year old from Bremen, Germany lead wire-to-wire at the European Championships in Colchester, UK. Simon’s opening round of 54 (rated 1070) gave him a 4-shot lead which proved to be enough. Denmark’s Karl Johan Nybo did his best to reel Simon in but ultimately settled for second. Camilla Jernberg played well in Open Women, also finishing second.

More Majors On the Way