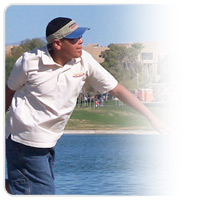 Have there been any other mentors who have helped you with your game?

N. Duran: My brother Chris has been a great mentor for me since we started playing at the same time. I’d always try to beat him and he always tries to beat me. We practiced a ton together too. Pete Ulibarri has helped me with getting my mental game in focus since he’s like a rock when he plays. He kept me calm a lot this weekend. Paul Ulibarri has helped me with my game when he’s not traveling and when I was first starting. Really everyone I get to play with I’m watching and listening and learning. I’m always analyzing their shots and why they threw them and how I’d do it differently. So everyone I play with is a mentor to me in a way!

You also have a bunch of WFDF distance records. Do you think you can break David Wiggins’ current world record?

N. Duran: Oh wow! Good question. David has always been someone I looked up to because he’s a few years older than me and man can he throw some bombs! He set the bar in every distance division I’ve had to attempt, he was the man to beat. I was only 6 feet away from his 12 (years old) and under record the last time I tried for a World Record. So yes, sometime in the near future I will be making an attempt at the WFDF Open distance World Record. 830 is a very long ways so it’d be great if I could do it, but I’d also be completely happy if no one else took it from David. He has earned it.

Have you ever faced any injuries from throwing so hard at such a young age?

N. Duran: I had to take a break from playing last year because I kept dislocating my knee cap. I had grown so fast that my tendons and muscles and stuff hadn’t grown with me. So when I came back after 7 months of not playing, my main focus was to do well on the course until I could build my distance back up. I’m definitely getting there physically. My distance is back and I know I can still throw much farther. If you were to do a distance contest right now what disc(s) would you throw?

N. Duran: I’ve always thought that the Champion Wraith was the best distance disc for my throwing style and is still a go to disc in certain situations. But lately I’ve been bombing Champion Starfires and XCalibers. I changed my bag a bit while playing the Glass Blown Open to accommodate for wind and I came back with a new XCal in my bag and I’m loving it. It’s a fast turny hog that cuts through wind and heavy branches and stuff. Now I can really flex out some nice s curves with it.

And at that distance contest, what tunes would you want on blast?

N. Duran: I’d definitely say Mötley Crüe! They have always been my favorite band and you can always find them on my Ipod! Good pump up music to jam while you’re tossing big D.

Would you like to recognize any of your other supporters?

N. Duran: Yes! First and foremost I want to thank Innova Champion Discs for making the best discs on this planet and for seeing my potential and allowing me to grow from a little boy to who I am today. Thank you for supporting me and for spoiling me for all these years. I also want to thank Joe Rotan from TWISTED FLYER, who I’ve been proudly sponsored by for the past year and a half, for all that they’ve done for me. TEAM TWISTED FLYER and TEAM INNOVA have been the greatest group of guys and girls anybody could ever hope to be a part of and I’m proud to be a member of both families. And theres no way I could ever forget to thank my biggest sponsors and supporters, my mom and my dad and brothers and sister. They’re there for me no matter what, so I’m there for them! Thank you all for your support!!!

Thank you, Nick! Congratulations on the first of many wins as a professional.

Practice routine? J. Rovere: For tournaments, I will typically play the course the morning before...More

So you are from Mobile, AL which has long history in disc golf. Who are...More

Nikko has been home for a few weeks nursing a sore back. Feldberg says the...More