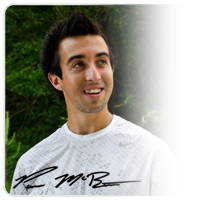 The PDGA National Tour rolled into Santa Cruz, California this weekend for the 28th Annual Masters Cup. A loaded field was on hand to battle one of the most famous courses in disc golf, DeLaveaga. Philo Brathwaite was the tournament leader going into the final round after posting the weekend’s best score (61) on Saturday. Philo held a 4-shot lead over teammate Paul McBeth… not a particularly comfortable lead on a course as long and challenging as “DeLa”.

Philo maintained his 4-shot lead through 10 (of 24) holes, but then McBeth got hot. On the final 14 holes Paul posted 5 birdies, 8 pars, and 1 bogey to shoot a round of 64. Philo was only able to grab 1 birdie down that home stretch to close with 70 and a strong, second place finish. Steve Brinster, who was competing in his first NT of the season, finished 8th. Washington’s Tim Skellenger finished 10th.

While Paul and Philo were going toe-to-toe in the Open, Valarie Jenkins had her hands full among the Open Women. Sunday’s lead group was a spectator’s delight featuring the top 4 ranked women in the world, all with a legitimate opportunity to win. Although Val entered the final round with a 3-shot lead, she found herself tied with Catrina Ulibarri with 12 holes to play. Catrina hung on to win by a single throw over Val, who had two world champions hot on her heels.

In the first round, Patrick Brown came out firing. He led the field by 5 with a solid 8 under par, putting him in the driver’s seat in Masters for the first two rounds. But that lead couldn’t hold up to another local, Jonathan Baldwin, who beat Patrick by 4 strokes in the final round to win by just one stroke. Patrick locked down second, while teammates Micah Dorius and Ken Climo finished third and fourth. Jim Oates finished second in Grandmasters, and the ageless Dr. Rick Voakes won comfortably in Senior Grandmasters.

The 2013 National Tour reaches the halfway point this weekend. Event #4 will take place at the International Disc Golf Center in Appling, GA. See you there!