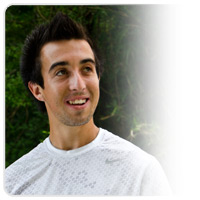 Paul McBeth has already had a record-breaking year, and it’s not even August yet. After winning back to back National Tour events to start the 2012 season, Paul “McBeast” has now earned a place in disc golf history as the 2012 PDGA World Champion.

This year the World’s leaderboard was filled with young talents. McBeth, who just turned 22 earlier in the month, started the week off with a smooth 10 under par at Renaissance Park, just one stroke back from the leader, Will Schusterick. Paul’s second round at Bradford was also 10 under par, but local phenom Michael Johansen shot an incredible 17 under par to take the lead. Over the next 3 rounds, Paul would chip away MJ’s six-stroke lead, until in the final round of regulation play, where Paul took a 3 stroke lead. During the semi-final round, his lead ballooned and he went into the final nine at Hornet’s Nest with a 7 stroke lead. With only the final nine holes remaining, it would likely be a battle for second and third. Joining Paul in the finals were fellow young guns Will Schusterick, age 21 and Ricky Wysocki, age 19, both tied for second. Michael Johansen, the oldest member of the group at age 33, was another stroke back in fourth. Ricky Wysocki put together a solid round in the finals to secure second place. Will Schusterick finished in third.

Photos courtesy of Innova Disc Golf
Paul played consistent golf all week, as did Will and Ricky. All three were in the hunt from the very first round. Also doing well was Discmania’s Seppo Paju from Finland. 17 year old Paju scored a pair of eagles in his semifinal round to jump into sixth place. Dave Feldberg finished in eighth place and Matt Orum and Josh Childs shot spectacular and tied for ninth place. Cameron Colglazier, age 20, who was in the top ten all week, finished in 11th place. Also in the top 20 were Paul Ulibarri, Nikko Locastro, Garrett Gurthie, and Brian Schweberger. Photos courtesy of Innova Disc Golf
Another great note: Steve Brinster left Worlds before the semifinals standing in about 10th place. Steve raced home to New Jersey to be with his wife, Lesli, who gave birth to twins, a boy and a girl! Congratulations Brinsters!