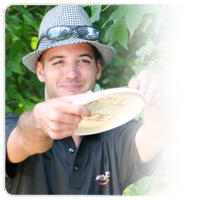 Morristown, TN – Congratulations to our team winners this past weekend. Matt Orum battled back to edge teammate Josh Childs to win the Tennessee State Championship title. Josh blasted out of the gates with an opening round of 45 giving him a 4-shot lead. Matt was able to slowly reel him in and get the win by a single shot. First year Crew member James Cole also had a great weekend finishing tied for 5th. Alesund, Norway – Avery and Valarie Jenkins won their respective divisions at the Sula Open in Norway. Avery was able to hold off teammate KJ Nybo who finished tied for 2nd place just 4 shots back. Val was able to pull away from the field in the final round, and cruised to a 14-shot win. Melynda Apton picked up her third win of the season at the Brent Hambrick Memorial. Patrick Brown and Jessica Weese delivered strong performances at the Steady Ed Birthday Bash in Lakeport, CA. Patrick lead wire-to-wire to win Masters. Jessica had to settle for 2nd place among pro women, but was able to card the first 1000-rated round of her career, which included a 300+ foot ace!

Mike Moser won Open at the Gifford Pinchot Classic. At the 303 Open in Colorado, Joe Rovere battled back from his highest hole score ever – a 9 on a par 3 island hole – to tie for the lead at the end of regulation, but his perfect record was snuffed as he came up short in a playoff. Jason Dore took second place at the Borderland Spring Fling in North Easton, MA… is it still Spring?

The disc golf world now sets its sights on Kansas City for the 31st KC Wide Open. This PDGA National Tour event features loaded pro fields for both the men and women. Be sure to tune in to Disc Golf Planet’s live and coverage beginning this Friday.

Just when you thought Paul McBeth was having a rather lukewarm first half of the...More