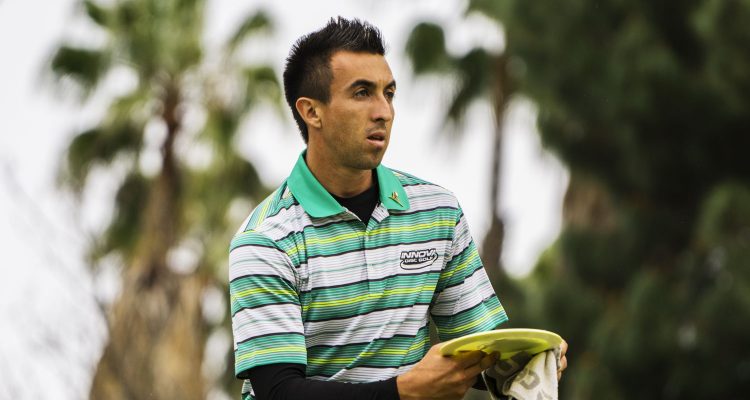 Sometimes you just need to give credit where credit is due. Paul McBeth played brilliantly this weekend at the 2016 Masters Cup in Santa Cruz, CA. McBeth put himself in position to win his second PDGA National Tour event of the year; a win that would also have been Paul’s fifth consecutive at this event. But the weekend belonged instead to South Carolina’s Ricky Wysocki. Wysocki went toe-to-toe with the world’s #1 ranked player all the way to the end of what was one of the season’s most dramatic finishes thus far.

Wysocki sealed the deal in heroic fashion by draining a 50-foot putt for birdie on the final hole. That clutch putt earned Wysocki his first Masters Cup crown and second National Tour win in a row. Those are the kinds of moments athletes dream about; moments that inspire a degree of commitment and determination required to compete at a high level. We too were inspired, and congratulate Rick on an outstanding and truly memorable performance.

Overall Team Innova was very well represented in Santa Cruz. McBeth locked down second place in Open. He was followed by Gregg Barsby who finished in third place. Gregg is getting back to full strength after taking time off to heal some nagging injuries. Finishing that well on a tough track was especially sweet for Gregg. Look for big things from him as the season rolls on. Dustin Keegan and Ray Johnson also had strong weekends, finishing in 9th and 11th places respectively.

Valarie Jenkins is a two-time winner of the Masters Cup. She brought home the title in 2008 and 2009. This year Val finished in third place behind the world’s top two players in the PDGA World Rankings, Catrina Allen and Paige Pierce. Other Innova ladies joining Val in the top ten were Madison Walker (5th), Melodie Bailey (6th), and Zoe Andyke (7th). PDGA and Innova Hall of Famer Jim Oates had a strong showing of his own. Jim finished tied for 2nd place in the Men’s Grandmasters division.

Here are some of the other top team performances from a weekend loaded with tournament action:

So far it has been one heck of a year for disc golf fans. Three of the four PDGA National Tour events have been decided by a single shot. That excitement is almost certain to continue when the National Tour rolls into Oregon next month for the Beaver State Fling. Portland and surrounding areas boast some of the most beautiful and challenging on earth. Get there if you can. We hope to see you there!