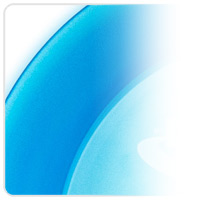 Our latest prototype is now PDGA approved.
The Throton is a groundbreaking disc that pushes the speed rating off the charts to a brand new class of golf discs; Speed 15 Ultra Distance Drivers. The Throton boasts a 3.3cm rim that uses an impact reducing polymer in combination with blizzard material to produce one of the fastest and safest distance drivers to date.

The Throton is produced with a blend of Blizzard Champion and our new Proton polymer. The result is a light rigid plastic shell with a shock absorbing inner gel that compresses & returns on heavy impact. An added benefit of our new Proton Gel is phosphorescence. A simple 5 minute charge can last 4-5 hours in any of our translucent colors.
Projected flight numbers [15|6|-2|4]
The Throton is PDGA Approved.-[PDGA]

A few prototypes have been sent out to select Innova team members for testing and we’ve already received some very encouraging results. World Champion Paul McBeth has already reported acing with his proto Proton Throton.

“It’s definitely fast. I blinked after my drive and it was already in the DISCatcher.”
– Paul McBeth
2012 WORLD CHAMPION

Innova Team Member David Wiggins Jr had the opportunity to field test these discs and had this to say.

“The Throton will easily be the disc of choice for all distance competitions. The 165s are flying over 200m with barely any effort. The longest recorded throw during my field test was 278.5m! I can’t wait for another WFDF distance competition. I’m more than confident I’ll break the record… Again.”
– David Wiggins Jr.
DISTANCE WORLD RECORD HOLDER

As many of you have guessed, the McBuyout was our April Fools prank this year. We hope everyone had a good laugh with us.

We are pleased to announce that Innova Discs has a new partner and a new...More