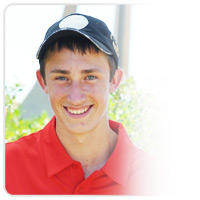 We told you to watch out for Ricky Wysocki in February and we couldn’t have been more accurate. If you see him roll into town, you might want to alert the fire department. A whole pail of water might not cool him down at the moment. Ricky found victory for the 3rd consecutive weekend, this time torching Parma and Chili (pronounced Chie-Lie) to become Rochester’s Flying Disc Open Champion. Dave Feldberg and Avery Jenkins were fiery as well and took home second and third. But for now, Wysocki remains too hot to handle.

Paul Ulibarri picked up a win in Michigan at the CCR Open. Lansing is home to the Capital City Renegades, hence the tournament name, one of the nation’s time-honored disc golf clubs. Since 1980 the Renegades have been producing talent like Ziggy Bierekoven who gave Uli a bit of a chase on his home turf but eventually had to settle for the 2nd spot.

The PDGA National Tour concludes next weekend with Innova holding down the top three spots. With only 4.5 points separating first (Paul McBeth – 283.5), second (Will Schusterick – 281), and third (Dave Feldberg – 279), It’s pretty much a three man shootout. But look out for Ricky Wysocki, he stands in 5th at 259.5 points. If Paul, Will or Dave finish in the top 5 or 6 spots this weekend, one of them will be celebrating a win in the National Tour Points Series.

Other winners this week include: