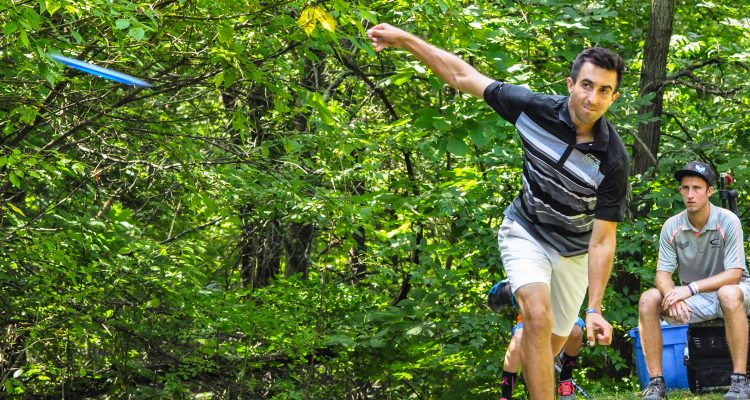 For the second week in a row, 4-time World Champion Paul McBeth, won in dramatic and convincing fashion. Last week McBeth charged into the lead early and eventually won by 12-shots at the Ledgestone Insurance Open, part of the Disc Golf Pro Tour. This weekend the 2016 National Tour concluded at the 20th Annual Brent Hambrick Memorial Open in Ohio. Current World Champion, Ricky Wysocki was the Hambrick leader after two rounds. McBeth however, was just 3-shots back heading into Sunday’s final rounds.

McBeth started Sunday off slowly, falling 5-shots back of Wysocki through the opening 4 holes. But beginning on Hole 5 (of a 27-hole layout) McBeth rattled off 15 birdies, 6 pars, and a bogey in route to a blistering round of 66 that vaulted him into the tournament lead. Paul carded 5 birdies and 4 pars in the Final 9 to extend his winning margin to 11-shots over Wysocki. Teammates Nate Sexton, Bradley Williams, and Gregg Barsby, also landed impressive top 10 finishes. Four-time Open Women’s World Champion, Valarie Jenkins, lead the way for Team Innova in the Open Women’s division. Val finished in 3rd place and was joined by Madison Walker, Sara Lamberson, and Melodie Bailey who all finished inside the top 10. The next big stops for the top ladies are The Green Mountain Championships at Smuggler’s Notch Resort and the US Women’s Disc Golf Championship. Be sure to check out the Official PDGA website for all the latest news and tournament action.

See you on the course! 03.03.14 This time last year Paul McBeth was celebrating his dramatic final round at the...More

8.27.13 Paul McBeth continues his march on what many believe is one of the greatest...More

6.17.13 Jack Nicklaus once said, “Nobody ever remembers who finished second at anything.” After starting...More