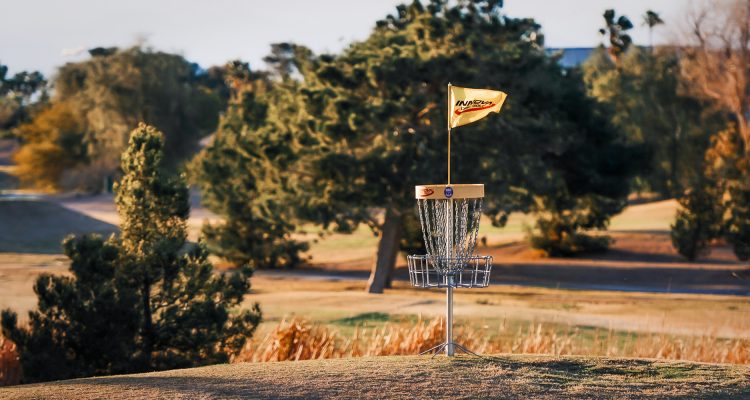 Our statistics show that approximately 25% of disc golfers have been playing for less than two years, that’s a lot of beginners. We asked Innova athletes and ambassadors about mistakes they see beginners make and we put the top 5 Beginner Mistakes here to help them score better and have more fun on the course. 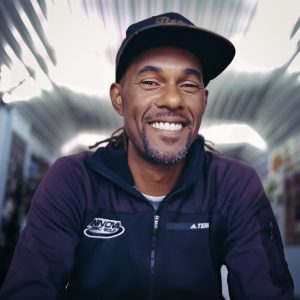 5. Etiquette and the rules of the game

Those who come from a traditional golf background recognize that disc golf shares a lot of similarities regarding etiquette and rules. For others, having a basic understanding will help eliminate frustrations and make the game more enjoyable. For more on the unwritten rules of disc golf, see our article on Disc Golf Etiquette. 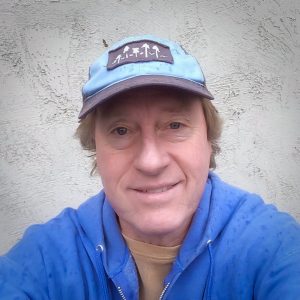 Beginners tend to talk during throws, advance down the fairway too far, and usually end up in the thrower’s visual field. While in the thrower’s field, they tend to make movements or fidget during others’ throws. My advise to them: Be a tree! Don’t move, in other words.
–Kenny Lee (Innova Masters Team)

Understanding the uniqueness of disc golf rules is important. The PDGA Official Rules are updated each year. Players should review the rulebook on a regular basis.

4. Lack of patience and focus

A lack of focus can come from many sources, feeling amped, being nervous around other players, or witnessing a big throw. These factors and more can take away from what the players should be doing, preparing for their throw.

Players should take a moment to breathe and slow down the motions. Distance is important, but accuracy improves scores. Distance will come to players who focus on smooth movements. 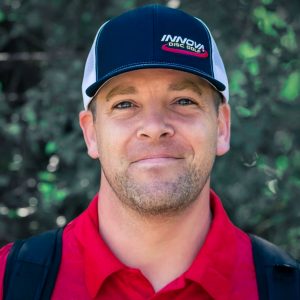 “…When I teach people to throw, I suggest going about 25-50% speed as they normally would. If possible, record themselves so they can go back and see if all components are moving in sync…A lot of time they realize their disc is flying just as far as before with more accuracy, and they’re only going about 25-50% the speed they were before. Timing is key!…Remember, slow is smooth, smooth is far!”
–Nick Wood (Innova Crew Team)

CHECK OUT THE DISC GOLF GUIDE

Beginners often focus all their energy in their arms. This can lead to what is sometimes referred to as an “all arm” throw where there is a lack of core and lower body engagement to build momentum and power. Like Dave Dunipace, Innova Co-founder and President, says in his “Tip of the Whip” video, there are several levers that need to be wound up in a disc golf throw in order to generate power. 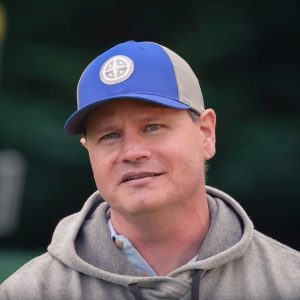 “When a beginner throws a disc, they have a tendency to let their arm hang down around their waist and their reach back happens without much rotation of their body. So they are effectively only using their shoulder muscles to throw and that leads to the disc being pulled from down around their waist to up near their shoulder. That just sends the disc up high with too much nose up and too much hyzer.”
–Jon Baldwin (Innova Masters Team)

Another observation by pro players and ambassadors is poor disc selection by beginners. This can be due to lack of knowledge about certain discs and their flight characteristics or perhaps having too many disc molds in the bag. Regardless, disc selection plays an important role in the outcome of a shot and can be the difference between a birdie and a bogey. 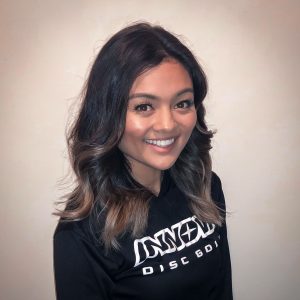 “Many beginners are unsure of what discs to purchase, so they end up getting discs they aren’t knowledgeable about. They also often get discs given to them by generous people trying to grow the sport. However, this turns into a beginner having multiple molds and too much variety, rather than having one or two drivers they can become comfortable and better with. My tip is to try to minimize the bag to 5 discs or less: 1 Putter, 1 Midrange, 1 or 2 Drivers. It’s less discs to think about, with more room to think about form, technique and fun!”
–Christine Jennings (Innova Crew Team)

In addition to simplifying the amount of molds in your bag, switching to lighter weights of the same discs can also help with control and distance. 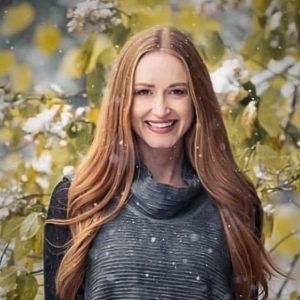 “Choosing the proper equipment for your current skill level is crucial to skill honing and advancement can lead to a much more enjoyable Disc Golfing experience… In order for a disc to fly as intended, you should have the arm speed required to throw that particular disc…Simply adjusting the weight could lead to more success on the Disc Golf course. Some slower speed discs that I recommend are the Innova Holly Finley Star RoadRunner (Speed 9) and the Innova SideWinder (Speed 9) in the 150g or 160g range…”
–Holly Finley (Innova Team Champion)

The overwhelming majority of pro players said throwing high speed, overstable drivers was the number one mistake beginners make. Without proper form or the adequate arm speed, these drivers can cause frustration and mask bad form. Take it from 2018 World Champion, Gregg Barsby. 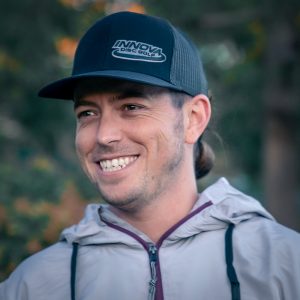 “I think the biggest (and difficult) thing for new players to grasp is how a disc is supposed to fly. With such demand for fast discs, wider rim discs may seem like an obvious choice to throw further, however Disc Golf is about controlling where the discs go, and understanding how they got there! Distance drivers in the 7-9 speed range are more forgiving and also will help a player understand “flight characteristics”. Mainly, that’s because most new players don’t have a developed throwing style. Most of the “hi-speed” discs will all do the exact same thing for a new player… fade hard. Learning the 7-9 speed drivers will make the transition to 12-14 speed stuff a lot easier.”
–Gregg Barsby (2018 World Champion)

Madison Walker, Innova Star Team, changed her game for the better following her wrist injury in 2017 when she subsequently focused on throwing more backhand shots with putters. 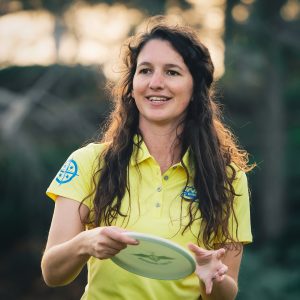 “Throw! More! Putters! If you can make a putter fly straight and far, the rest of your discs become unbelievably easy to control. Learning putter angles forces you to really engage that finite control you need on disc angle, and that, my friends, is a game changer!”
–Madison Walker (Innova Star Team)