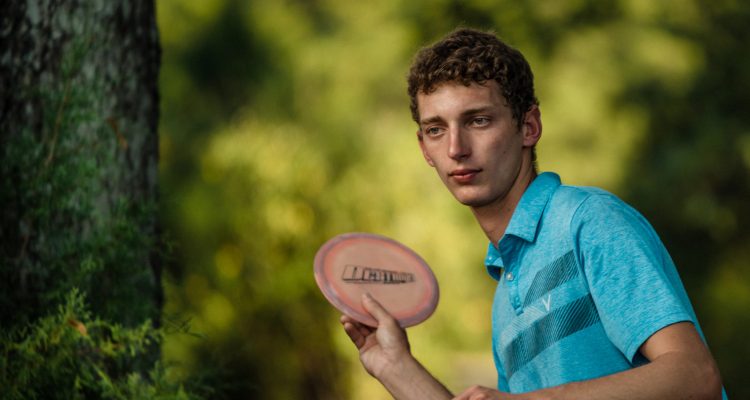 Calvin had a hot start to the 2019 season with a win at the National Tour opener, Las Vegas Challenge. Always a contender at big events, he finished in the top 10 of the four subsequent NTs, setting up a dramatic finish at the final event, the Hall of Fame Classic. After the third and final round, Calvin was tied with Adam Hammes at -25 under par. The match would be decided by a sudden death playoff and the two went shot-for-shot until the third hole where Calvin would sink a 40-foot putt for the win and capture the NT series title.

What an exciting finish to the 2019 National Tour! Calvin Heimburg takes down the 2019 Ed Headrick Disc Golf Hall of Fame Challenge in a playoff with Adam Hammes. Not only did Calvin win, he is also the National Tour points champion for 2019! . . . #udisclive #pdga #nationaltour

Calvin is a member of the Innova Star Team and has the Swirled Star Destroyer Tour Series disc at the Innova Factory Store.