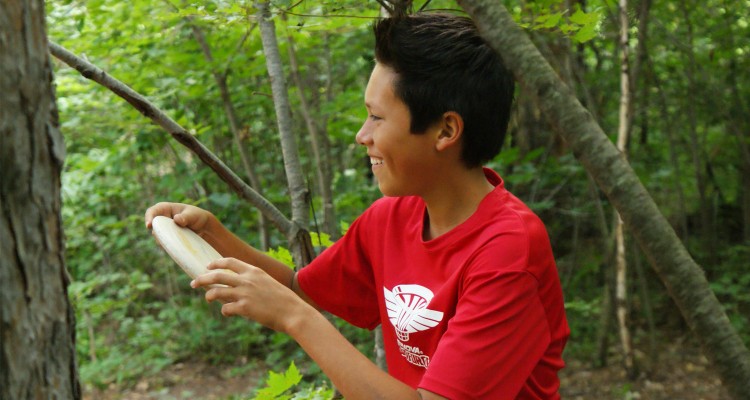 Congratulations to Innova Junior Team member, Anthony Barela, on his record-breaking performance at the 2015 United States Amateur Championship. Barela won the event with a score of -22, which was lowest in tournament history. Anthony is also just 15-years old, making him the youngest player to ever hold the US Amateur crown.

I was a little nervous going into the event because I wanted to win so badly.

“I was a little nervous going into the event because I wanted to win so badly”, Anthony said after the tournament. “I finished tied for 38th here last year. This time I just refused to lose”, added Barela. Anthony credits his Destroyers for the distance he needed off the tee on the long courses. He also used Discmania’s P2 Psycho for upshots, which really was about all he needed. “I carry the Roc3 for my mid-range, but I didn’t need them much this weekend”, said Barela.

I finished tied for 38th here last year. This time I just refused to lose.

Anthony’s father, Jason, was a glowing and proud papa. “It was an awesome and amazing experience”, Jason said. “There were moments when I had to turn away because it was just too much. The putts he knocked down… I couldn’t believe it.” Jason has pushed Anthony on the baseball field, however disc golf has come naturally to Anthony. “He plays baseball for the high school and they practice all the time. I have pushed him in that but he has picked up disc golf on his own. He started coming out and playing with us and got real good, real quick”, Jason said. Barela and teammate Matt Kashima sat atop the tournament leader board all weekend, pushing each other hard into the final round. Barela held a one shot lead going into Sunday’s final round and proceeded to calmly shoot 55, tying two other players for the hottest final round score. This would be enough to pull ahead of the pack and secure a five shot win.

Anthony can probably expect to see a boost in his PDGA player rating in the near future. He is currently rated 990, but his weekend round ratings of 1030, 1011, and 1016 average out to 1019, a full 29 points higher than his rating. That kind of consistency is what it takes to excel in the professional ranks, which Barela clearly has in his sights.