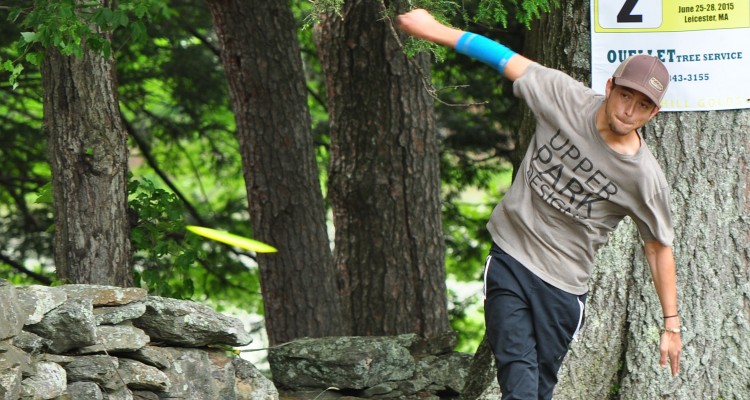 Soggy. Windy. Chilly. Not the most favorable of tournament conditions, however that is what competitors faced for Sunday’s final round at the Maple Hill Open. Paul McBeth had held the lead through the first three rounds but then struggled down the home stretch. One of those who passed McBeth was teammate Gregg Barsby. Gregg fired the hottest final round score (55) which vaulted him into a two-man race with Ricky Wysocki. Ricky pulled ahead to win by 3 but Gregg notched his best NT finish so far this year. McBeth wound up in the 3rd spot, which was his lowest NT finish of the season. What’s after the Maple Hill Open?

Many of these players now travel to Sweden for the season’s next PDGA Major, the Scandinavian Open. Then the very next week, Team Europe and Team USA square off in the President’s Cup, a match play event that precedes the European Open in Nokia, Finland. Almost immediately after the EO, competitors travel back to the US for the 2015 PDGA Pro World Championships in Pittsburgh. Three Majors in three countries, just in the next 40 days. Be sure to check out pdga.com for complete coverage and we will see you on the course!