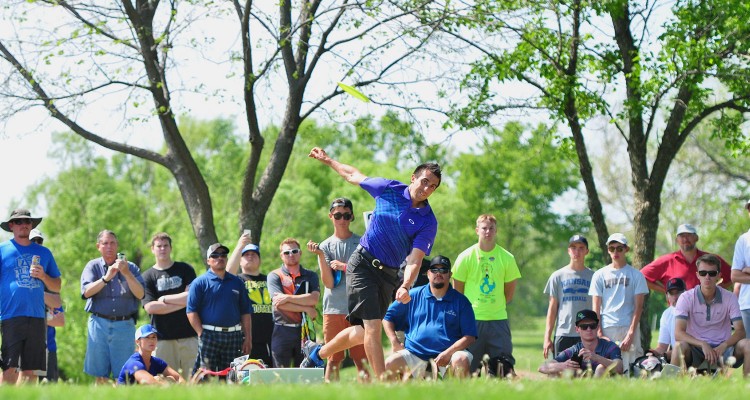 McBeth on the other hand, blistered the course in the final round. Paul’s 53 carried a PDGA rating of 1066 and was more than sufficient to distance himself from the field. “I really wanted that one. It is a relief to get that win off my shoulders”, said McBeth after the round.

I really wanted that one. It is a relief to get that win off my shoulders.

In the Masters division, Patrick Brown earned a hard fought victory against Ken Climo who held a one throw lead going into the final round. Patrick’s 55 propelled him a full 5-throw margin of victory over Climo, who was followed by JD Ramirez in 3rd place, just two shots back.

Jennifer Allen battled with the world’s best and tied for second place at the GBO. She held her ground against two World Champions. She battled on the lead card and never left the top 3, gaining 3 strokes in the final 3 holes to tie for second place. Innova Teammate Valarie (Jenkins) Doss shot the hot final round to jump into 4th place. Jessica Weese, and Hannah Leatherman took 5th and 6th, respectively.

Innova Ambassador, Ken Shepperd picked up a solid win in Men’s Grandmasters. Shepperd found himself 4 shots back after round one but would claw his way back with rounds of 55 and 62 to pull ahead and capture a 3-shot win.

The PDGA Tour now heads west for the Masters Cup in Santa Cruz. Be sure to check out PDGA.com for complete details and event coverage. We will see you in Santa Cruz!