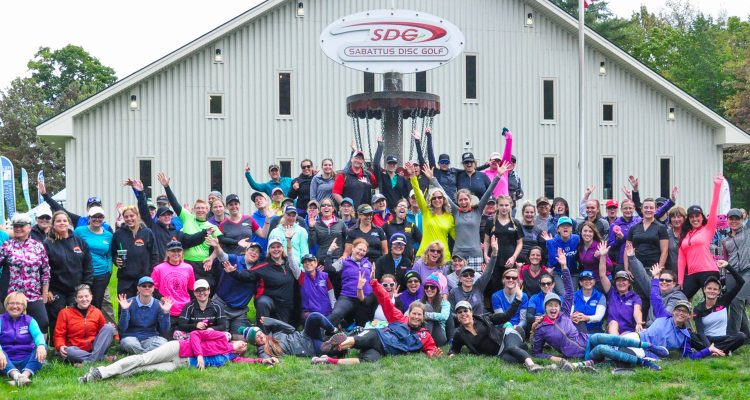 The 2016 US Women’s Disc Golf Championship was held this weekend at the pristine course complex known as Sabbatus Disc Golf in Sabbatus Maine. Champions were crowned, including Florida’s Pam Reineke, who took the top spot in the Grandmaster Women’s division. Innova’s Carrie Berlogar battled for the Masters title, finishing tied with Michigan’s Barrett White, taking second after a playoff. We’re very proud of Madison Walker for taking second place, besting her bestie, Paige Pierce. Madison is no longer a rising star, she’s a shining star. In just 2 years of touring she has developed into a fierce competitor with the skills to match. Great job, Madison! Also finishing well in the Open division, were Holly Finley in a tie for fourth, Hannah Leatherman in sixth, and Zoe Andyke in seventh. Solid showing Innova Women!

In Burlington, North Carolina, Chuck “Spike Hyzer” Connelly was running his 3rd A-Tier of the year, The Sneeky Pete Classic (now in its 31st year). Touring players in the area as they migrate towards Rock Hill for the USDGC competed on 3 courses including the legendary temp course, Rock Creek at the Cedarock disc golf complex.

Philo Brathwaite lead a trio of Team Innova winners in a divisional sweep among the pro divisions. Philo lead the Open division wire to wire, while Gregg Barsby put on a show, shooting 16 under par on the long and brutal par 65 Rock Creek course to take a share of second place. In Masters, Brian Schweberger made up a 3 stroke deficit to win by 2 strokes. Debbie Scott took her first A-Tier win in the Pro Women’s division to complete the sweep. Great job Chuck on a tough four course tournament hosting players across all skill levels.

Jennifer Allen gets an A-Tier win at the Four States Open in Joplin, MO. Bo Tillman takes a share of second place in Joplin, with George Smith a few strokes back in 5th place. 9.20.11 Valarie Jenkins dominated this weekend at the US Women’s Disc Golf Championship in Round...More